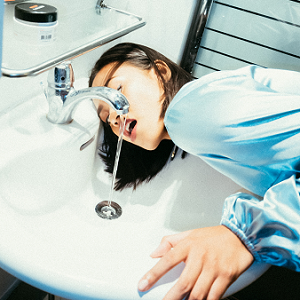 [Blind Gossip] Think about a morning show where the hosts are required to enthusiastically participate in an endless stream of chatter.

Let’s talk about one of the stars of that show!

Your friends at Blind Gossip have told you before that she has had trouble staying faithful in her marriage.

Want to hear the details about a one-night stand she had in the past year?

A man and his friends were starting out their evening in a hotel bar/restaurant on one of the coasts.

Our host walked in by herself and was seated at the next table.

Long story short, they flirted. The men’s friends went out clubbing, leaving him alone with the star. When they came back several hours later, their friend was not in his room.

He had spent the night with the host!

Today we’ll hit the highlights of their evening together without getting too graphic.

Guess her marriage isn’t the only thing going down the drain!

[Optional] Do you think she and her husband will divorce?