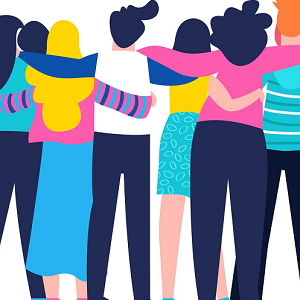 [Blind Gossip] Some Hollywood friendships last only as long as the other person reflects well on you and your career.

If your friend goes down in some sort of scandal – drugs, crime, abuse, racism, whatever – it’s every man for themselves.

Here are several pairs that have experienced some rocky moments in the past year!

A. Singer 1 and Singer 2 are both young and female.

They were besties… until Singer 2’s drug use made their friendship untenable. At the advice of her publicist, Singer 1 kept her distance.

She had to keep her own reputation wholesome.

Now that Singer 2 is sober again, Singer 2 is crowing about how she and Singer 1 are BFFs once again.

B. Female Host and Actress 1 have been frequently photographed together over the years.

They were very close friends… until Host wound up in hot water over her treatment of staff. Of course, Actress 1 thinks that Host is a nice person. That’s because Actress is super famous. Host is usually nasty only to those she deems beneath her.

She has a wholesome image and doesn’t want to be perceived as coming to the defense of someone perceived as a bully. She and her publicist are trying to come up with a statement that is supportive but vague and doesn’t backfire on her.

C. The Same Female Host and Actress 2 were also very close friends. Actress 2 has appeared on Host’s show many times.

Well, she has a slightly different reason from Actress 1!

She really, really wants [Host’s] job! She is working behind the scenes very quietly to see if she can make that happen, so there is no incentive right now for her to bail [Host] out.

B. Female Host and Actress 1:

[Optional] What do you think should happen/will happen to Host?