[Blind Gossip] This high-earning TV star gives the appearance of being kind and generous. For her staff, though, her generosity is making their lives miserable.

The star publicly professes to love animals, and has plenty of pets at home. What isn’t publicized, however, is how some of those pets rotate through her home.

She rescues an adorable puppy, realizes that she has too many animals, and then seeks to give away one her older pets to a staff member.

If they say “No,” she harangues them until one of them agrees to take the animal into their home.

The pressure doesn’t stop there.

She then tries to dictate to them which pet food they need to buy and which pet supplies they should use.

And, as if that’s not enough, she is also constantly pressuring staff to give up animal products themselves (e.g. meat) that she thinks they shouldn’t be eating or using.

Over time, her staff has grown bitter and resentful of her actions. They feel that she has inappropriately crossed the line from employer to controller.

Many of the employees don’t have the time, money, or space to adopt any more of her animals, and many of them enjoy eating meat.

They are annoyed that they are the ones who have to pay the price for her “kindness” and her “generosity.”

However, they fear that if they don’t play along and live their lives according to her rules, that she will find an excuse to fire them. 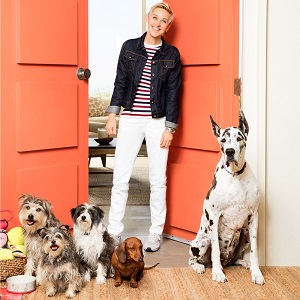 You may think it’s nice that Ellen DeGeneres pushes her staff into adopting pets.

It’s not so nice, though, if you work for her but you don’t really want a pet… if you already have a pet but don’t want another… or if you feel your job might be in jeopardy if you don’t take the pet she tells you to take.

Her staff will not speak publicly about this. They are scared.

However, another celebrity recently told her own story about how Ellen DeGeneres pushed her into adopting a dog! Her story perfectly illustrates the same pressure tactics that Ellen uses with her own employees.

Meghan Markle, who is engaged to Prince Harry, adopted her mixed breed dog Bogart because Ellen DeGeneres told her to. From People: 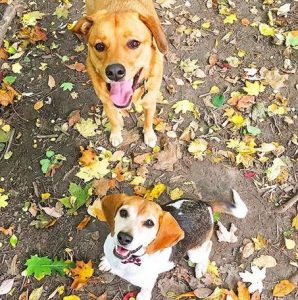 A quick scroll through Meghan Markle‘s Instagram feed will tell you that she loves to show off her own rescue pups Bogart and Guy. But Prince Harry‘s new bride-to-be may never have had her pets if it wasn’t for a surprising source: Ellen DeGeneres.

While announcing the royal engagement on her talk show, DeGeneres revealed that she’s crossed paths with Markle before — when the actress was debating whether to adopt her first pet, Bogart.

The newest addition to the royal family once told Best Health that she was in a dog shelter when DeGeneres and her wife Portia de Rossi came in.

“It’s sort of like if Oprah tells you to do something. I’m sitting there holding him and she’s like ‘Have you thought of a name for him yet?’ And I said, ‘Well, I think I’d name him Bogart,’ and she’s like ‘You’re taking the dog home.’”

Markle continued, “And she walks outside to get into her car but instead of getting in she turns around and comes and taps on the window glass and she yells ‘Take the dog!’ And so I brought him home. Because Ellen told me to.”

Notice that Markle had left without the dog. Maybe she just needed more time to think about it. But Ellen DeGeneres continued to apply the pressure, and Markle relented.

Markle adopted the dog and named him Bogart.

However, when she moved to England a few weeks ago, Markle mysteriously did not take Bogart with her!

There were several different excuses given over several days (he’s too old, he wouldn’t do well on the flight over, we don’t have room for him at the cottage, etc.) but the point is that she gave him up.

Markle’s other dog, a beagle named Guy, did make the move, but mysteriously broke two of his legs last week.

There’s something odd about both of those stories, but we can’t exactly put our finger on what it is.

Anyway, back to the original blind item.

The way that Ellen DeGeneres pressured Meghan Markle into adopting the dog is the way she behaves with her staff as well!

Adopting a dog or a cat if you really want one – and are ready to do so – is great.

Being pressured or forced to adopt a pet? Not so great.

You can decide for yourself whether Ellen’s high-pressure tactics to get others to adopt are kind or not. We just know that her employees are not at all happy having their personal lives manipulated by their boss.

Congratulations if you got this one right!