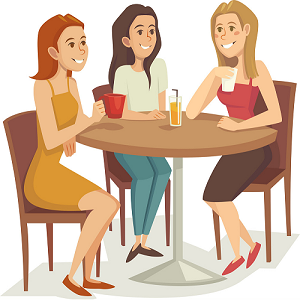 [Blind Gossip] Do you watch any morning show on a regular basis?

The hosts are usually upbeat and smiley, joking their way through the table talk and current events and celebrity interviews.

One of those hosts may be sunny on the outside… but slightly less happy on the inside.

She took off her ring a couple of weeks ago, and the whispers in the hallway are that they are “taking a break.”

Now, we don’t know if this is a Ross and Rachel kind of break – where they eventually get back together – or a more permanent split.

Still, it’s surprising that she would take off the ring before making any kind of announcement. Most celebrities prefer to keep the ring on until they are ready to make a public announcement so they don’t have to deal with any questions.

We’ve heard that our host reads Blind Gossip, so if she does read this, don’t be surprised if her ring is back on tomorrow… even if her relationship isn’t!

[Optional] What is your favorite morning show? 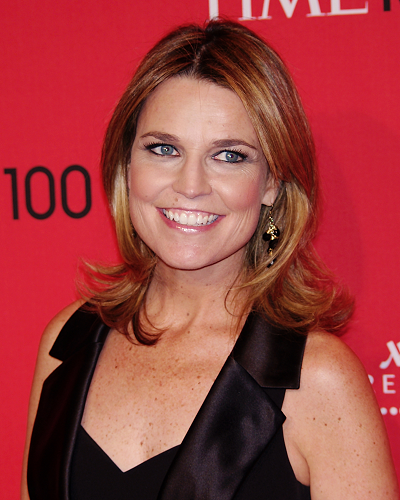 The day after your friends at Blind Gossip published this blind item – surprise! – that ring was back on.

Supposedly, Guthrie had simply misplaced her ring but was suddenly “reunited” with it.

Coincidentally, that “reunion” happened the day after our blind item.

Why Savannah Guthrie wasn’t wearing her wedding ring on ‘Today’

TV gossips went into DEFCON 5 last week after Savannah Guthrie appeared on the “Today” show for several days straight without her wedding ring.

We got calls and emails, and even spotted some blind items online, apparently about the anchor, predicting the imminent demise of her marriage to DC veteran Michael Feldman. But Page Six can explosively reveal … she accidentally left the ring behind after spending a few days upstate, and has since been reunited with the sparkler.

Said a source close to Guthrie, “The other thing Savannah was missing last week was sleep after pulling an all-nighter on Super Tuesday and scoring the first interview with Joe Biden the next day!”

Beloved pair Guthrie and Feldman married in 2014. They have two kids. 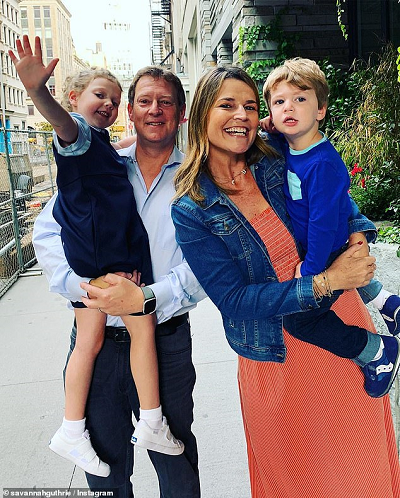 Move along! Nothing to see here, folks! Rings go missing and… and… sleep goes missing, too! Now let’s talk about the election!

We like the fact that Guthrie is smarter than most morning hosts and has a pleasant on-air personality without being cloying. She also managed to survive the brutal morning TV wars (see Not Without A Fight for details). 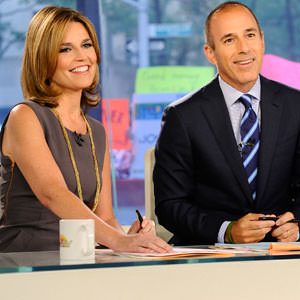 Any woman who can outlast Matt Lauer and Megyn Kelly has to be made of strong stuff. We hope she has a long and happy marriage. 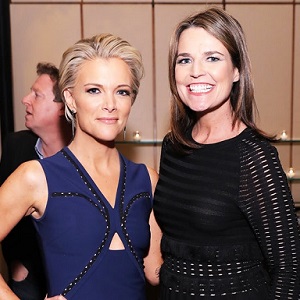 Congratulations to ElisabethR for being first with the correct response!

And thanks to Savannah Guthrie and The New York Post Page Six staff for being such loyal readers!

Related: Not Without A Fight