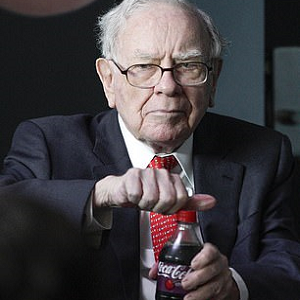 [Janet Charlton] This reality show cast member appears to be all about the drama on her series, but it seems her outlandish TV persona is NOTHING compared to what goes on when the cameras aren’t around.

Onscreen, she doesn’t hide her love of alcohol, but it’s her love of c*caine that she’s not revealing!

While she also claims to be open about her love life, she’s not so forthcoming about her ongoing affair with the eccentric father of one of the world’s most famous music stars.

He’s married, so she keeps it hush hush.

BG Note: Nothing to do with Warren Buffett, who famously drinks Coca Cola five times a day.

Music Star and/or Their Dad: