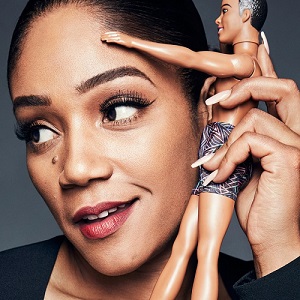 At times, she treats her new fame like she is on a group text with the world. Part of her wants to abide by the celebrity code of discretion, but a much more irrepressible part of her loves to tell good stories.

Like this balls-to-the-wall insane story she can no longer stop herself from telling about Beyoncé. Last December, Haddish met Beyoncé Knowles-Carter at a party. Beyoncé walked up and said, “I’m Beyoncé”—the understatement of the century—and the two women had a brief, pleasant exchange. But that’s not the story.

“There was this actress there,” continues Haddish, keeping her voice low, “that’s just, like, doing the mostest.” One of the most things she did? “She bit Beyoncé in the face.”

Haddish declines to name the actress.

(“I absolutely cannot comment on any of this, as I have no knowledge,” said Beyoncé’s representative, Yvette Noel-Schure, when GQ sought confirmation from the singer.)

“So Beyoncé stormed away,” Haddish says, “went up to Jay-Z, and was like, ‘Jay! Come here! This bitch—’ and snatched him. They went to the back of the room. I was like, ‘What just happened?’ And Beyoncé’s friend walked up and was like, ‘Can you believe this bitch just bit Beyoncé?’ ” 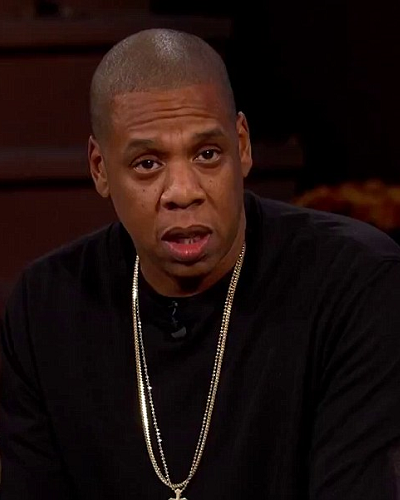 “And so then…,” she continues, “a lot of things happened.”

According to Haddish, she and the actress continued to cross paths throughout the night, culminating in a brief standoff. The actress, at one point, told Haddish to stop dancing, which—good luck making that happen.

“And then Beyoncé and Jay-Z walked by me, and I tapped Beyoncé.”

Haddish says she told Beyoncé, “I’m going to beat somebody ass at your party. I just want to let you know that.” Beyoncé asked her not to—told her to “have fun” instead. (Haddish leveraged this moment into a selfie with Beyoncé.) 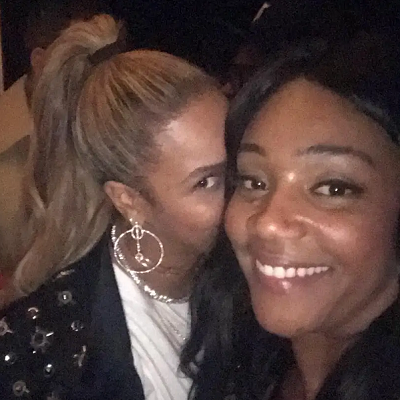 Haddish held this story in for as long as she could. Weeks. When people asked about what happened when she met Beyoncé, she tried to remain vague: “I’m not at liberty to say,” she would explain.

But Haddish is feeling good in this particular moment on this particular whale watch, and because her personality is perilously infectious, when Tiffany is feeling good, the whole world in her immediate vicinity gets better. She’s exploring the open water with no cell service. (Later, on land, Haddish will open her phone to realize it has logged hundreds of text messages and missed calls.) She’s already seen some whales, more dolphins, and tons of sea lions, to whom she called, “Arf arf!”

Right now Tiffany Haddish is too happy to keep a tale this juicy bottled up inside her any longer.

[Optional] Why do you think the actress bit Beyonce? 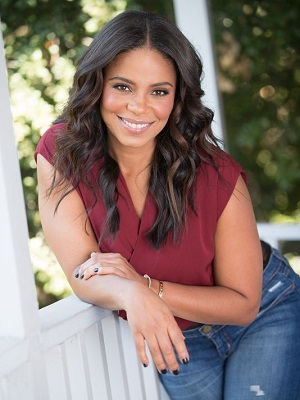 In a new interview with The Hollywood Reporter, the reporter asked Tiffany Haddish to solve the mystery of who bit Beyonce at a party.

While Tiffany Haddish does not directly answer the question, she smiles when the reporter asks if it was Sanaa Lathan. Haddish then goes on to detail the conversations she had with Lathan’s family after the blind item broke.

We’ll consider that a confirmation. 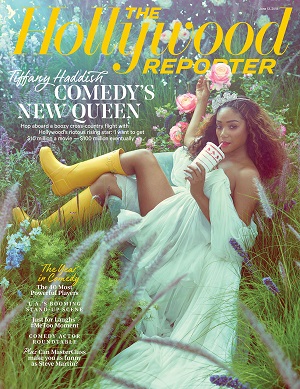 With roughly two hours left in our flight, I broach the topic of Beyonce. In case you missed it, and at this point it’s hard to imagine you could have, Haddish recently told an insane story about a private party she’d been at where an actress bit the pop star’s face. The mystery of “Who Bit Beyonce?” all but broke the internet.

Haddish asks whether I know who did it, and I whisper the name that’s been rumored: Sanaa Lathan. She smiles. “I’m super good friends with her stepmom and her dad [Stan, a producer-director], and they were mad at me,” she reveals. “They were like, ‘Why would you do this to the family? You know, black actresses, you guys have to stick together, it’s so hard for you guys to get work as it is, why would you try to ruin her career?’

But I didn’t try to ruin her career. I never said her name! I was just trying to say how Beyonce kept me from goin’ to jail that night. I coulda just shut my whole career down.”

I wonder aloud if there’s been any other fallout, and she insists no, just the opposite. “The other day, someone was saying, like, ‘Oh my God, you should keep your mouth shut ’cause now you’re never gonna be invited to parties,’ but I got invited to way more parties after that,” she tells me. “It’s ridiculous how many parties. ‘Can you come to my party?’ ‘Can you come to my thing?’ They want me to talk about something at their thing ’cause they think, like, ‘This is gonna put me back on if Tiffany says something.'” If only Tiffany Haddish had time to party more.

And at that, we agree to turn off the tape recorder and let her get some rest. She flips on a movie, Thor: Ragnarok, but can’t resist turning to me to discuss the genetic gifts that are the Hemsworth brothers and how she’d love to work with — she can’t quite summon Anthony Hopkins’ name — “the guy from Sleeping With the Lambs.” 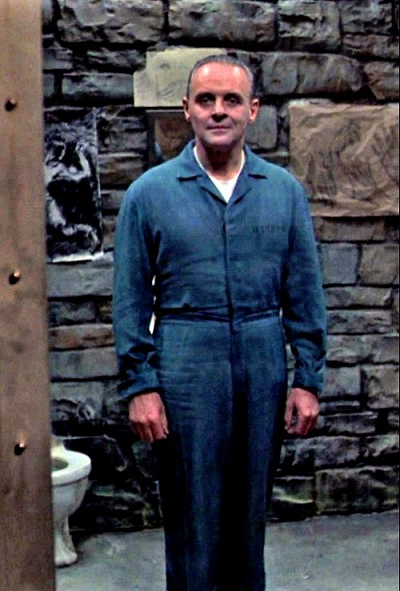 We both burst into laughter. “I guess I’m pretty tired,” she says. “And tipsy.” Then she reclines her seat, pulls a blanket over her body and promptly passes out.

When the story first broke, Sanaa Lathan responded, “Y’all are funny. Under no circumstances did I bite Beyonce and if I did it would’ve been a love bite.”

Congratulations to all of you who got this one right!