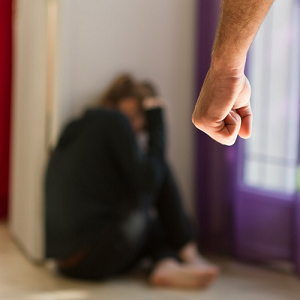 [Blind Gossip] This blind item involves a famous guy from a prominent family.

He’s been in the news a lot lately.

We have a story to tell you that may impact what you think of him.

Years ago, when he was in the military, he used to go off-base with his buddies when they had a night off.

Although they regularly drank to excess, it was not his alcohol consumption that caused the local police to intervene in his bad behavior.

You see, our boy used to hire local workers to service his needs. His carnal needs.

Those sessions inevitably got…. rough.

He was very physically rough. So rough that the frightened s*x workers had to call the police. Granted, these were s*x workers, and traditionally not the most reliable witnesses, but this happened multiple times and their stories were very consistent.

What stories did they tell?

They all described him being drunk and how his conduct always turned violent: punching, slapping, choking, hair pulling, etc. It was violent enough that the girls thought that he would permanently hurt them. They were genuinely frightened of him.

How did the local police handle it?

Normally, when something like this happens off-base, the offender would be arrested and then the local police and the military would determine whose jurisdiction it fell under. Then the case would work its way through either the civilian judicial system or the military judicial system.

Is that what happened here?

No! Because of his family, none of that ever happened. The girls would be treated for their injuries and he would just get sent back to base. No arrests, no attorneys, nothing. He was strictly off-limits and neither judicial system would pursue the case.

How often did this happen?

Because he was never really punished, he got away with it multiple times. At first, every girl wanted to service him because of who he was but eventually word got around that he would hurt you. It’s a small community of s*x workers around the base and after this happened a few times, none of the girls would take his business, so it stopped.

Remember when he used to be the fun, partying, likable member of his family?

Those days are long gone.

He is now a husband and a father and is seriously consumed with making money by getting involved in a variety of business deals.

Since he is so busy, perhaps his wife could take the time to write some uplifting notes to the girls he beat up?

[Optional] Why do you think he treated the girls that way? Please use real names and keep your comments civil.