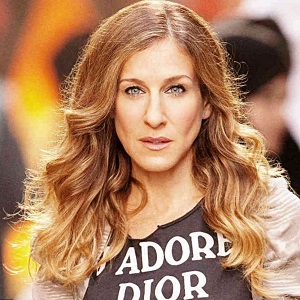 [NPR] BG Note: Sarah Jessica Parker recently did an interview on NPR where she discussed her discomfort and shock at the inappropriate behavior of a big movie star during filming.

It really wasn’t, I would say, until about six or eight months ago that I started recognizing countless experiences of men behaving poorly, inappropriately, and all the ways that I had made it possible to keep coming to work or to remain on set, or to simply… just push it down, push it away, find a little space for it and move on.

[I] really just didn’t allow it to consume me. To be honest, I don’t know why I either wasn’t courageous or more destroyed by some of the things that I was privy to, that I was on the receiving end of.

I think no matter how evolved or how modern I thought I was … I didn’t feel entirely in a position — no matter what my role was on set — I didn’t feel as powerful as the man who was behaving inappropriately, which … strikes me as just stunning to say out loud, because there were plenty of occasions where it was happening and I was in a different position and I was as powerful. I mean, I had every right to say, “This is inappropriate.” I could have felt safe in going to a superior.

And, in fact, I will say, when there was a situation with somebody and I did go to my agent — because I felt I was no longer able to convey how uncomfortable this was making me, how inappropriate it was… within hours everything had changed.

He said to them, “If this continues, I have sent her a ticket, a one-way ticket out of this city” — where I was shooting — “and she will not be returning.”

[Optional] If you were the actress in this scenario, what do you think you would have done? Would you have confronted the actor directly, gone to the producer or director, called your agent, or something else?