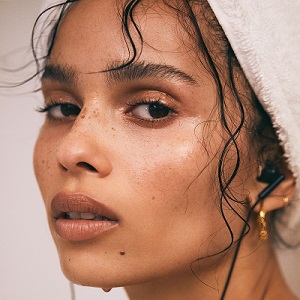 [Rolling Stone] Zoe Kravitz is the first to admit she had a leg up thanks to her parents [Lenny Kravitz and Lisa Bonet]. But she also says she’s worked really hard. “There was a whole period from 21 to 25 when I’d audition for tons of stuff, and I wouldn’t get hardly any of it,” she says. “There’s kind of a group of girls that they go to, and I was not on that list.”

She also says she’s been sexually harassed on set. “I won’t name names, because I don’t want to ruin anyone’s life,” she says. “But I definitely worked with a director who made me very uncomfortable. I was young — maybe 19 or 20 — and we were on location, staying at the same hotel. And it was full-on: ‘Can I come inside your room?’ Just totally inappropriate. And then he’d do things like come to the makeup trailer and touch my hair. Or say, ‘Let me see your costume — turn around?’ It’s just never OK for someone to do that. Especially when they’re in a position of power.”

[Optional] Do you think she told her parents, Lenny Kravitz and Lisa Bonet, about this at the time it happened? What do you think they would have said or done?