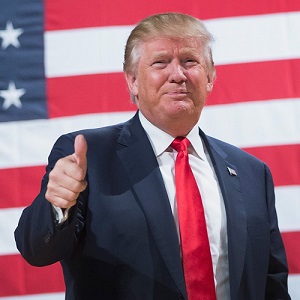 [Blind Gossip] There is a little chess game that’s going on at the White House right now to position a new player to take over one of our nation’s most important jobs!

Thanks to a source close to the White House, we know that a high-level shuffle has been occurring over the past few weeks.

The President was a big fan of Smoothie when he was first appointed. However, over time, POTUS realized that Smoothie was not quite as aligned with his vision as he originally hoped.

Firing Smoothie would be… awkward. So POTUS consulted with Mustache, another high-level appointee, about how to handle the situation.

Mustache “is definitely on the ascendancy” in The White House and seized the opportunity to help pick Smoothie’s successor. He crafted a plan in which one of his own allies, Beardo, would take over Smoothie’s job.

The President gave his OK, so Mustache and Beardo have been working together over the past few weeks behind the scenes. Their preparations include finding a replacement for Beardo at his current job. That way, when Beardo gets the call from POTUS, he can immediately leave his current job and prepare for the confirmation process.

Now, Smoothie would probably be madder than a poked pit bull to know that Mustache has POTUS’ ear and seems to be calling the shots here. However, Mustache has already moved his allies into place with The President’s approval, so there isn’t much Smoothie can do at this point besides play defense.

Smoothie’s best bet is to simply resign himself to the fact that the end is near… and try to keep from making any big gaffes before it’s his time to leave!

You definitely know Smoothie and Mustache, as they are currently high-ranking officials.

Frankly, you would have to be a Washington insider to know Beardo. The general public will meet him in a few weeks, after the midterms. And then, if everything goes according to Mustache’s plan, you will not stop hearing about Beardo for the next two years!

Beardo (not part of the current administration):

[Optional] Will you be sorry to see Smoothie go? Please keep your comments civil.