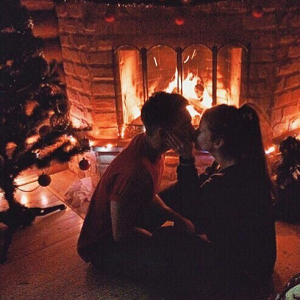 [Blind Gossip] You now know that TV Actress broke up with her married athlete boyfriend.

You also know that he is not accepting the breakup well and is continuing to pursue her.

Why should he should stop chasing Actress and stop begging her to be with him?

Because we know something that Athlete doesn’t know!

Actress has moved on.

Would you like to know with whom she has moved on?

It’s a handsome actor from another hit TV show!

How did that happen?

Their respective series are on the same network. Both shows target young adult audiences.

More importantly, the two series film in the same city… and the casts have gotten so close that they’ve actually formed a bubble of their own!

All that bubbly closeness resulted in Actress from one series hooking up with Actor from the other series.

We can’t say we blame her. Hey, if you’re going to get stuck facing a cold Northern winter together, who better to curl up with and melt your heart than a handsome Actor?

[Optional] Should Actress go back to Athlete? Or stay with Actor?