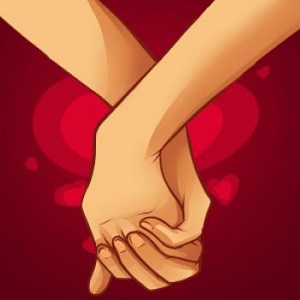 [Blind Gossip] There’s a TV show that is popular among young adults. It features lots of hot young actors.

While there is plenty of drama on screen, there is also some heart-breaking drama going on behind the scenes!

One of the lead actresses has a boyfriend. You might see them together on social media. They seem really content together.

Most of the rest of the cast is happy that Actress 1 is in this relationship.

One of the other leads is deeply unhappy… because they have had a huge, secret crush on Actress 1 since the beginning!

The crush started when they first auditioned and those feelings never went away. They became even more intense when their characters were put together on the show and suddenly they had some kissing scenes together.

That must be awkward.

However, it’s actually even more complicated.

The person who has a secret crush on Actress 1 is… Actress 2!

Yes, both are girls. And both are in real-life relationships with boys.

Unfortunately, [Actress 1] is straight and in a very happy relationship so [Actress 2] is constantly trying to push aside her own feelings. She would like to express her real feelings to Actress 1 but she is worried that it will hurt both their working relationship and their friendship.

So, Actress 1 has no idea that her coworker is secretly in love with her.

How crushing for Actress 2!

Actresses (or Their Characters):

[Optional] Should Actress 2 tell Actress 1 how she really feels?