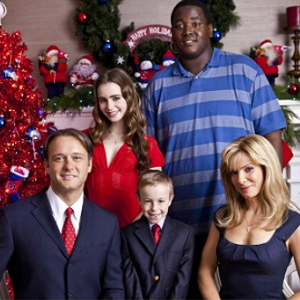 [Blind Gossip] This TV girl is so committed to a lie that she got the whole family in on it for Christmas!

She is the ex-wife of an actor and a current member of a TV competition show.

We already told you that the purpose of her current boyfriend is to deflect attention away from her relationship with her real boyfriend.

Well, she doubled down on the fakeness for the holidays… by bringing home the fake boyfriend!

They were a little surprised that she brought him home to do the photos, but they were okay with it. They know he is not really her boyfriend.

They understand why she is doing this. She is the star of the family so they give her a lot of leeway.

Also, most of them have never had any kind of publicity, so having a photo of the whole family make the rounds was kind of an exciting Christmas present for all of them!

Hey, if your whole family is willing to fake it for you, it’s easy to double down on the lie!

By the way, we hear from a separate source…

Anyone who knows her knows that there is no way she would be dating [the fake boyfriend]. I’m not saying she is a racist, but I’ve known her for years. She has dated like a hundred guys and she has never dated outside her race. Not once.

By the way, this blind item has nothing to do with Sandra Bullock. We just like that photo from The Blind Side!

[Optional] Is her fake dating strategy a good one?