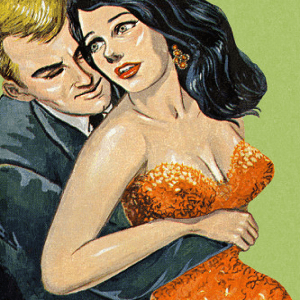 [Blind Gossip] We’ve told you stories before about men in the entertainment industry behaving badly with female actors.

Here’s another one who’d better not get caught wearing a #MeToo button!

This TV show has been on a major network for several seasons.

The show runner is one of the most prolific in the business. However, the fact that Show Runner has multiple shows on the air at once may be be hurting their ability to know exactly what is going on with this particular show.

The star of the show is a good-looking actor. We’re tell you just one story about his bad behavior on set.

A beautiful and experienced actress was doing a multi-episode arc on the show. She did such a good job that the rest of the cast was told that she was likely going to be made a series regular.

That didn’t happen. Here’s why.

She was on set, prepping to film a scene with [The Star]. She was doing a last minute look at her lines when [The Star] came up from behind her and grabbed her and then put his hands over her eyes. She immediately pulled his hands off of her and turned around. She was obviously annoyed and told him, “Don’t do that!”

He started laughing… and then straight up grabbed her ass with both hands!

There were about thirty people on set at the time watching this happen. We were all shocked!

She struggled with him and then finally shoved him in the chest with both hands to make him get away from her.

Then [Other Male Actor] came over and slapped [The Star] on the back like he was congratulating him and gave him a big bear hug. The two of them were laughing together.

[Actress] started walking away and [The Star] yelled after her, “Come on, Girl! I was just playing!”

She was really upset and went and hid behind a pillar. Some of the female cast and crew went over and were trying to comfort her. They were talking about whether or not she should talk to somebody about what happened. She stayed behind the pillar until they called for the take.

Can you imagine being at work and having your male coworker came up and grab your butt with both hands?!

So, what happened after that little display of ass-grabbing and masculine jocularity?

But Our Actress was told at the end of the day not to come back!

Her character was abruptly written off, and Our Actress wound up just being a flash in the pan instead of a series regular.

Fans of The Show: Now you know why that female character’s arc was so sloppy and obviously unfinished.

Actresses: Don’t ever turn your back on The Star of this show. It might wind up costing you your job!

Show Runner: Now you know what really happened that day.

Similar: Shot Through The Heart

The Other Male Actor:

[Optional] What does the Show Runner need to do?