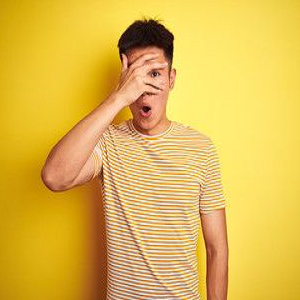 [Blind Gossip] We often talk about what it’s like to date a celebrity, but in this case, even we were surprised by the actor involved.

This funny actor is best known for his role in a successful HBO comedy series that ran for multiple seasons.

In the HBO series, he technically played the antagonist to the lead characters.

He’s also been in a ton of movies and other TV shows, usually in comedic roles where he plays someone rich or crazy or a jerk.

Well, the good news is that he is not the antagonist!

A woman with whom our actor had a brief fling really enjoyed her time with him.

She was surprised to find that he is the opposite of the character he played. Great guy, very funny, very kind and generous.

However, the next thing we have to tell you might make you a little uncomfortable. If you are squeamish, you might want to skip this part.

She did have a problem with him, though. The sex was a painful.

It wasn’t because he was rough or anything. He’s actually very good in bed. She said that he is shockingly big. She had to go see a gynecologist afterward because he was so big that he actually did some damage.

Ouch. Who would have guessed that Actor was packing?

She said that it was all consensual, though, and totally worth it.

Their fling only lasted a short time because she was actually dating another actor. However, her experience with our funny actor was one she will not forget.

If our actor ever asks you out… consider yourself warned!

Any of his projects:

[Optional] What do you think of him as an actor?

Previous Post: « His Train Has Gone Off The Track
Next Post: Someone In This Relationship Is A Liar »