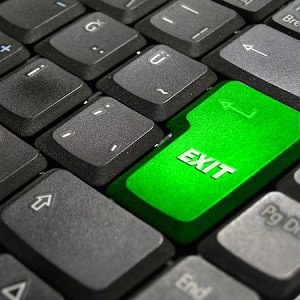 [Blind Gossip] When a key cast member leaves a successful show, you have to ask what happened.

No, it’s not creative differences or scheduling difficulties or any other bulls*t you’ll probably hear. It may be hard to believe, but he’s actually more obnoxious than his character. He walked into contract negotiations making demands like he is the biggest star on the show, and he came out with nothing. They hate working with him so it was as good a time as any to can him.

Everybody will make it look like it was a mutual decision so everybody saves face. He does have other gigs lined up, so people probably won’t question it too hard.

On a side note, we hear that now producers have to figure out what to do with the actor whose character was the foil to the departing actor’s character. One possibility is to make him the key player in a real estate transaction that keeps the rest of the cast together.

[Optional] Will the TV show be better off or worse off without his character? 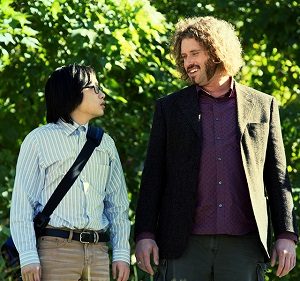 TJ Miller, who plays Erlich Bachman in HBO’s Silicon Valley, has departed the hit series in a swirling trail of fire and trash talking!

Miller’s new “exit interview” in The Hollywood Reporter is this crazy circular pile of babble that alternates patting his former teammates on the back with kicking them in the testicles.

The HBO comedy wrote out T.J. Miller’s fan-favorite character in a rather unexpected and unceremonious fashion. After going to China to meet up with Gavin Belson (Matt Ross), the pair stop at an opium den in Tibet, where Erlich gets so high that he can barely function. So the ousted Hooli CEO pays the owner of the drug den a wad of cash to keep Erlich there for five years.

And with that, Silicon Valley said goodbye to one of its most beloved characters. HBO first confirmed in May that Miller would not be coming back for the upcoming fifth season, writing in a statement that “the producers of Silicon Valley and T.J. Miller have mutually agreed that T.J. will not return for season five.” The news left many wondering why there was a sudden parting, particularly since Erlich has been one of the show’s biggest breakouts.

The low point of the interview when he took Executive Producer Alec Berg to task.

“I think that HBO and Alec Berg, specifically, kind of thought — and I guess apparently Thomas Middleditch — I guess they thought, “All right, maybe this is the end of the character. But like everything in the show, we’ll sort of solve this and then it’s back to normal.” And they just didn’t imagine that I would be in a position of being like, “I think that’s it.” I don’t know how smart [Alec] is. He went to Harvard, and we all know those kids are f—ing idiots. That Crimson trash. Those comedy writers in Hollywood are f—ing Harvard graduates and that’s why they’re smug as a bug.”

You can read the entire interview here. Just don’t expect any definitive answers about whether T.J. Miller was fired or quit… had his role sharply reduced voluntarily or involuntarily… or if everyone loves him or hates him. We found the whole interview weirdly incomprehensible and inconclusive, but you can judge for yourself.

For now, everyone is pretending that his leaving the series was either T.J.’s own decision or a mutual decision. T.J. says:

But for me, television, unlike women and wine, does not get better with age. So I thought, “Wouldn’t it be interesting to leave at the height of the success of the show?”

Whatever. However, we know that there was a lot of sh*t talking behind the scenes, and T.J. Miller was not as well-liked as his character… who was incredibly unlikable. 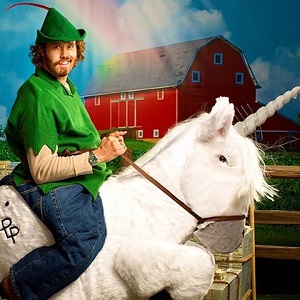 The main cast is now reduced from five to four, with a bunch of secondary characters (Monica, Big Head, Russ Hanneman, Jian Yang) still dwelling around the periphery.

So, with the main character of Erlich Bachman tucked away in an opium den for five years, what will happen to Jian Yang’s character? With his nemesis now gone, Jian Yang needs something to do.

You might recall that Erlich Bachman owns the incubator/house where all the main characters reside. We doubt that the characters will move. That would be like moving the characters from The Brady Bunch or Seinfeld or Friends to a new place! Nooo. They need to stay put.

Since Jian Yang had a recent windfall from selling his Not Hotdog/Seefood app, there is a possibility that he will buy the house and become the new landlord of Richard, Dinesh, and Gilfoyle.

We don’t want Jared to leave the house – and we also think it would be great fun to have Big Head and Russ Hanneman move in – but that’s just wishful thinking on our part.

Congratulations to Mmemordant for being first with the correct response!

We were right! Jian Yang has taken over the house!

In the original blind item from a year ago, Blind Gossip told you that Silicon Valley producers were looking to keep the Jian Yang character (played by Jimmy O. Yang), but they needed to give him something to do once TJ Miller’s character, Erlich Bachmann, left.

On a side note, we hear that now producers have to figure out what to do with the actor whose character was the foil to the departing actor’s character. One possibility is to make him the key player in a real estate transaction that keeps the rest of the cast together.

Since Richard and the other guys hate Jian Yang, they would have booted him out of the incubator if they had control. The perfect answer was to have Jian Yang take over the incubator instead!

Yang managed to do this by convincing a judge that Erlich Bachmann was dead, by producing Bachmann’s “ashes” (which were really a pig’s ashes), and by paying off Bachmann’s debts. Then he kicked Richard, Gilfoyle, and Dinesh out of the incubator house!

Since those three are now temporarily homeless, that gives them lots of story lines in which they try to find alternative housing. However, we think that’s just temporary. We believe that they will eventually be reunited under the same roof, that it will be at the incubator house (which is almost a character itself), and that it will likely be with Jian Yang.

As for Erlich Bachmann? Well, he’s not coming back.

In fact, TJ Miller – the actor who played Bachmann – was just arrested in real life for calling in a fake bomb threat on a train traveling to Connecticut.