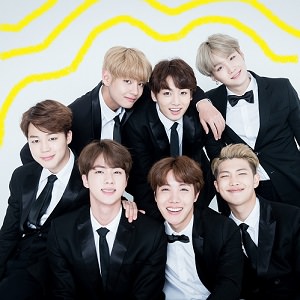 [Blind Gossip] In preparation for the Billboard Music Awards, a series of recording booths was set up in a backstage hallway. The hosts and presenters and performers and nominees would go from booth to booth to do interviews with radio personalities from across the country.

Someone backstage made an interesting observation about the behavior of one of the celebrities who was on stage during the Awards.

She walked into each booth and sat down. As soon as she knew she was being recorded, she lit up and laughed and smiled and and was very animated and friendly. But as soon as the recording light went off, she stopped smiling, pulled off the headphones or put down the microphone, grabbed her stuff, and simply walked out. Didn’t say goodbye. Didn’t even look at the people interviewing her. Just walked.

Nothing to do with the popular boyband BTS. We just think they would have been fun to interview (or to go to high school with)!

[Optional] Do you think she did a good job on stage at the BMAs?