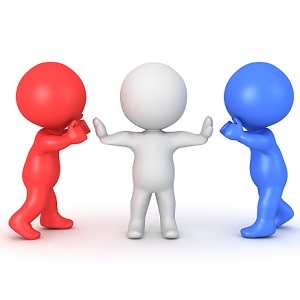 [Blind Gossip] There is something going on between two members of this popular music group!

They looked fine while they were at the Grammys, but there was some tension going on at a Grammys afterparty. It was explained to us this way.

[Two members of the group] hate each other right now.  I don’t think anyone on the outside knows that they dated.

What? We had no idea!

It was a huge mistake because it didn’t last and they still have to work together. They are always either yelling at each other or not talking to each other. [The rest of the band] sometimes tries to play peacemaker, but it’s basically a nightmare and everyone finds it stressful.

What are they going to do, fire one of them?

No, that’s not going to happen. They are both going to have to grow up and get over it.

Two Who Are Fighting:

[Optional] How do you think this will get resolved?