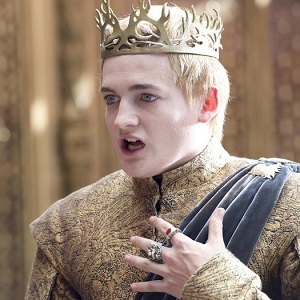 It might be because the producer decides that the chemistry between cast members isn’t quite right.

Or it might be for other reasons that nobody wants to talk about!

There was a movie in the 1980s based on a novel by a very famous author who likes to scare his readers. The author has a royal name. The movie centered around a group of teen boys.

The film was a success and all of the young male actors in the movie went on to bigger careers.

A cable/streaming service is currently incorporating some of the characters from that 1980s movie into an anthology series. The series includes different characters from many of the royal author’s works and is doing well enough that it is coming back for another season.

For the new season, they cast a handsome and strong actor to play a grown-up version of one of the boys.

They filmed for about a month.

Then they decided to replace him.

The official reason given for the recasting:

It was simply “a creative decision.”

They got tired of him showing up to the set drunk.

Producers quietly released the drunk actor, replaced him with a different actor, and re-filmed all those scenes.

Nothing to do with Game of Thrones. We just loved Jack Gleeson in the role of Joffrey Baratheon!

[Optional] Do you think his drinking is a temporary issue or a deeper problem?