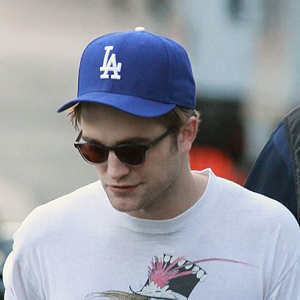 [Blind Gossip] This handsome actor is best known for his strong roles in many movies.

He is also known for having dated two famous American actresses.

The first famous actress he dated was known to imbibe in a drink or two. Or three. She eventually settled down into a cheerful relationship with a nice actor and had a baby with him.

The second famous actress – whom he is currently dating – is known for her famous last name.

And her foul temper.

Our actor was recently spotted trying to keep a low profile while he was running around doing some errands in Southern California.

He had his head down. A baseball cap added an extra measure of anonymity.

He had a black eye.

He had TWO black eyes!

While we do not know if his current girlfriend had anything at all to do with his two black eyes, it is worth noting that she had a tendency to get physically aggressive with her last boyfriend.

The Actor is not Robert Pattinson.

[Optional] How do you think he got two black eyes?