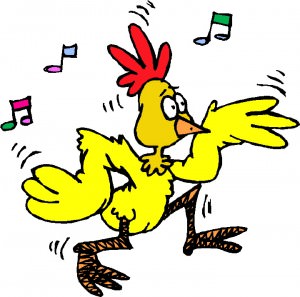 [Blind Gossip] There’s been a lot of excited chatter about the reunion of this famous band.

Would you like to know what’s really going on behind the scenes?

There are three components to this story.

Let’s start with the album.

Did you think that the band was getting back together to make new music? Sorry! That’s not happening.

However, the record label does want to do a “Greatest Hits” album to commemorate the anniversary of the band!

To maximize the success of the album, it would be ideal if ALL of the previous band members agreed to promote the album.

It’s actually an easy gig. They don’t have to create any new music. They don’t even have to be in the same room together!

All they have to do is promote the album on their individual social media accounts. Maybe do an interview or two. It’s an easy payday for easy work.

The second component is a reunion.

Obviously, if they could get all the band members into the same room together to do even one interview or one promotional photo shoot in addition to the social media promotions, it would get huge media coverage and would boost the album sales tremendously.

The third component is performance.

The ultimate get would be for the band to promote the album by actually performing together again!

So, what are the chances of these things happening?

ALBUM: 75% chance of this happening.

It’s a money-maker for the label, but they would strongly, strongly prefer to have all the band members agree to promote it before they announce it.

It would be psycho for them to just release it without the band members backing it.

REUNION: 50% chance of this happening.

Despite the hints dropped by one of the band members… this is not even close to being a done deal! So why is he even hinting about it?

He is hoping that if the fans get excited enough and push the other guys, they will feel compelled to participate.

Exactly where do each of the five band members stand on this project?

Currently, one band member is hot on doing this… two are warming up to it and are moving in the right direction… one is cool to it… and one is ice cold to the rest of his band mates.

Hot is leading the charge to get this done.

Even if it doesn’t happen, he is getting lots of attention that could benefit his new solo project.

Warm and Warmer could go either way.

[Hot] has been talking to the both of them regularly and he thinks that they can be pushed into it.

Cool is the most successful individual artist of the group.

[Cool] is really focused on his future and making new music and he would prefer to leave the band in the past. He might promote the album but he does not want to perform the old music.

Cold does not want to communicate.

The feeling is mutual. However, it would still be more profitable to have him aboard!

Maybe the other four could tempt Cold with a dinner invitation?

After all, he does love his chicken in Chile!

[Optional] What do you think will happen with the album/reunion/performance?