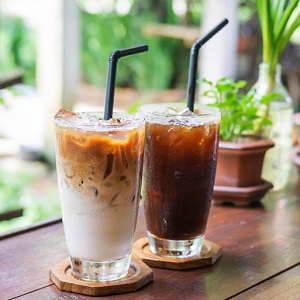 You may have seen her starring in a scary TV series.

Think she is scary on TV? Well, try waiting on her in real life. Especially when she is on the hunt for a very specific drink in a large city! Here’s the story:

She came in right after we opened. She asked for a brewed decaf iced coffee. We only had regular brewed iced coffee.

She. Flipped. Her. Shit! Threatened to call corporate. Made a big fuss.

Then she looks around and asks where she even is! I tell her [store name]. She demanded the company president’s name and phone number.

Then she said, “Never mind! I KNOW people and THEY will handle this situation!” and walked out.

Wow. The horror of not having brewed decaf iced coffee is unimaginable. Thank goodness she knows people!

Since not having something on the menu that she wants is inexcusable, perhaps our Decaf Diva could call her aunt and have her “handle the situation”?

[Optional] If you were the server, what would you have done?