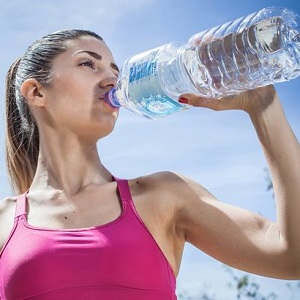 We wanted to tell you about the bizarre antics of one of the cast members during the first season of the show.

She was a pain in the ass on the set. Even worse than that, she stunk.

The truth is that her acting didn’t offend people nearly as much as her body odor.

She refused to wear deodorant. One day she was going on and on to the crew about how she had read articles about how toxic deodorant is and she didn’t wear it and that all the crew members should stop wearing it, too.

Rather than let her advice guide them towards an even stinkier set, the crew chose to ignore her.

Of course the crew didn’t listen to her, but being on the set with her was unbearable. There were times that she was under those hot f*cking lights for hours and her smell made people gag from twenty feet away.

Her smell was one thing. Her demands were another.

There was one scene where the set was especially hot. They had just done her hair and makeup. She started yelling, “Jesus Christ, it’s f*cking hot in here! Somebody get me some water!

Nobody wanted to go near her because she stunk so bad but somebody finally went up to her with a pitcher of water and a glass.

This is where it gets weird.

Instead of pouring herself a glass of water, she took the pitcher of water… and dumped the entire thing over her head!

This was right after they had finished her hair and makeup!

That was not funny. That was disrespectful.

Everyone was shocked. We were running out of time for the day and the director didn’t know whether to send her back to hair and makeup and wardrobe and start over or just keep going. They wound up shooting the scene as she was and the end result was that she looks dry in the far away shots and wet in the closeups.

The director was furious.

The actress was written off the show shortly after that.

While the show is no longer being filmed, no one who worked on the set will ever forget working with that bizarre actress!

[Optional] Do you think she is talented?