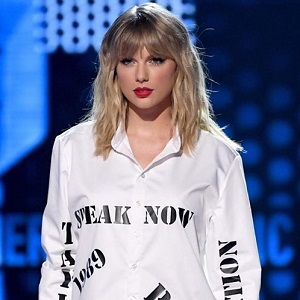 One of the performers had some sort of issue gong on that had everyone backstage worried.

Usually performers are psyched up right before they are getting ready to perform. She looked like she was drugged out of her mind. Not in a hyper way. More in a catatonic way. Her eyes were glazed over. People were asking her questions and she was just staring at them.

We don’t know exactly what she had taken, but the crew were not the only ones to notice that she was having a problem.

[One of the older presenters] said, “In my day, that’s what you looked like right after you did a handful of ludes!”

Do people still do Quaaludes?

Anyway, our singer got through her performance. However, she did use a backup track, so we don’t know how her voice sounded.

Did she start partying too early? Is this a sign of an ongoing drug problem? We don’t know.

Hope she is feeling better today!

BG Note: Not Taylor Swift, who won everything last night…

[Optional] What do you think is going on with her?