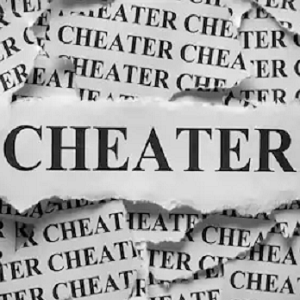 [Blind Gossip] While some people may be shocked that this couple is divorcing, we are not!

We told you years ago that the beginnings of the relationship were rough and that they had lots of problems.

They might never have stayed married if she hadn’t gotten pregnant.

She wanted a live-in Daddy for her baby. He got clout for marrying an up-and-coming star.

Despite the wedding and he baby, things never really changed.

You don’t have to look too hard to uncover the reason for their divorce because their problems now are the same as they were several years ago!

He’s very controlling over her and was always telling her what to do with her music and her career. He thinks he’s smarter than her but he’s not. She stopped listening a long time ago. That made him mad.

He didn’t like [song she did with another artist] and he told her so. She did it anyway. Once it was out he pretended like he always supported it and acted all proud of her.

The song topped the charts, so it’s not surprising he suddenly became a fan.

Then there was the cheating.

Even though she caught him cheating before and he said it wouldn’t happen again he was still f*cking fans. She found the evidence on his phone.

No wonder she filed for divorce. That kind of evidence would set anyone off!

Similar: You Can Be Replaced

[Optional] Are you a fan of either one? Do you think their divorce will be civil or nasty?