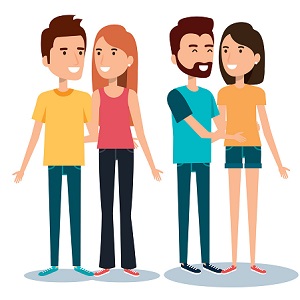 [Blind Gossip] These two lead actors are good friends. They have both done TV but would now be considered movie stars.

They both married women from foreign countries. They both have more than one child.

Given all that they have in common, you would think that their wives would be great friends, right?

She likes [the other actor] but can’t stand [his wife]! She says [his wife] is pretentious and is more interested in being rich and famous than in being a wife or mother.

[Optional] With which couple would you rather be friends?