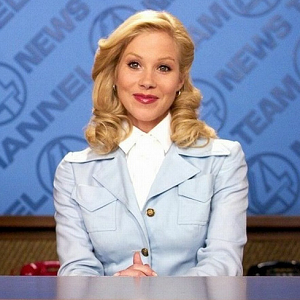 [Blind Gossip] This wild blind item involves three celebrities. We’ve talked about all three of them before, but never in this combination.

This alleged incident is being buzzed about by people who were allegedly around the three celebrities at the time this allegedly happened just a few years ago. Allegedly.

Newsy 1 and Newsy 2 worked at the same network. They wound up having an affair. There were a lot of whispers about the affair, but, of course, they both denied it. As they worked together, that was the logical thing to do.

It didn’t end there.

Newsy 1 has a big mouth. Newsy 1 bragged to a third person – outside of the network – about the affair, and provided him with explicit, locker-room-type details about how great Newsy 2 was in bed.

Third Person was intrigued. He contacted Newsy 2, and, long story short, they began having an affair!

And now, it gets even wilder.

The timing was really bad, because this happened just as the media and candidates were gearing up for the 2016 election… and The Third Person wanted to run for President!

Of course this would have ruined careers and marriages and Third Person’s candidacy if it became public knowledge.

Newsy 2 and Third Person agreed that it would be in everybody’s best interest if Newsy 2 terminated the pregnancy. So, that is what she did.

The marriages and careers were saved for the moment… and Third Person did, in fact, go on to become one of the 2016 Presidential Candidates!

[Optional] What part of this story is the most surprising? Please keep your comments civil.