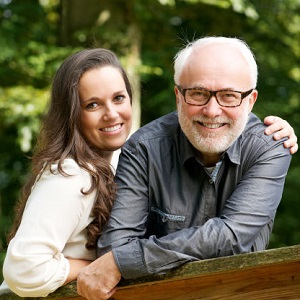 [Blind Gossip] We told you last week about a May-September relationship that met its demise because she wanted a baby and he did not.

Here is another couple in a similar situation!

He is the older and richer half of the couple and has been famous for a long time. He’s been married before and has more than one child.

She is much younger, pretty, and childless.

He is not keen on having more children, but she is planning on having at least one baby, whether he wants to or not. She is just smart enough not to make it a big deal about it around him.

If she does get pregnant, what is he going do about it? Make a public statement about how much he hates her or the baby? Not likely.

Unlike the previous couple who broke up when they could not agree on this issue, this couple recently took steps in making their relationship permanent.

Does this mean he is unaware of her plans?

Similar: Babies Are A Slippery Slope

[Optional] Do you think he knows about her plans?