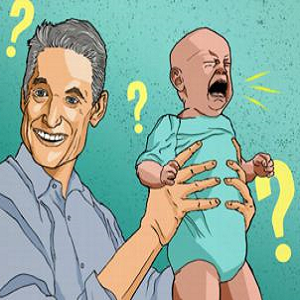 [Blind Gossip] This male celebrity has had a controversial history with women and is very aware that his reputation is not the best. That is why he is trying to control the narrative on an interesting new event!

He became a new father in the past few months.

He has been very supportive of the woman in the media and expressed his pride at having a new baby on which to dote.

Except… things aren’t exactly what they seem!

He is not sure that he is the father. He is trying to get a DNA test done but he has to be subtle about it because he can’t have her mouthing off to the media about what a assh*le he is for not believing her and how this is another example of how he treats women really bad.

His fear that he is not the father of the baby may not be totally unfounded.

She always talks a lot about money so he thinks it’s a money grab for her.

This puts him in an awkward position.

How does he get her to voluntarily submit the baby for a DNA test without her blowing up in the media? Is there a way to get a DNA sample and run it without her consent?

If he does not get a DNA test done, he will have to say goodbye to some serious cash for the next eighteen years.

Right now he is undecided about what he is going to do.

He has not yet called Maury Povitch.

[Optional] What should he do?