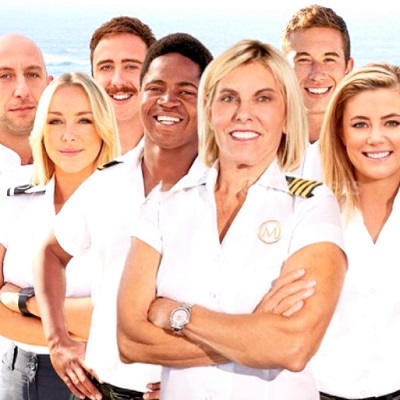 [Blind Gossip] This actor has so many millions of dollars that he is able to spend his vacation on a luxurious private yacht.

Want to know what’s going on below deck?

He is not a nice person. He barely acknowledges the staff and has trouble looking people in the eye and saying simple things like “please” or “thank you.”

Perhaps the hoi polloi are expecting too much. After all, this man is a movie star.

The trouble is, when he is rude to people, they talk.

And then they talk some more!

He boarded with a woman but there was something strange going on with the sleeping arrangements. On the first night, one of the other female guests (who was younger than the woman he boarded with) sneaked into their suite at 2:00 am, presumably to spend the night.

We were giggling about the fact that the primary was having a threes*me!

“The primary” is the main guest that the crew tries to please in order to maximize their tip.

But that’s not the end of this story. Things changed again!

On the second night, the woman he boarded with slept in a completely different room. We don’t know why.

There were noises coming from the primary’s room, so we knew the primary was in there with someone. He’s pretty loud but we couldn’t exactly hang out by the door trying to figure out who the mystery guest was. We assumed it was the second woman.

Then, in the wee hours of the morning, one of the crew was a little shocked to see a man come out of the primary’s room!

So our movie star may have been with one woman… and then two women… and then a man?

We don’t watch his door 24/7 and there are no security cameras in the private areas, so we don’t know exactly what’s going on. It’s crazy down there, though!

All that room swapping doesn’t exactly sound like a relaxing vacation.

Since our movie star seems to like to share his tip, let’s hope that generosity extends to tipping the staff well!

[Optional] Do you think it would be fun to work on a yacht like the cast of Below Deck?