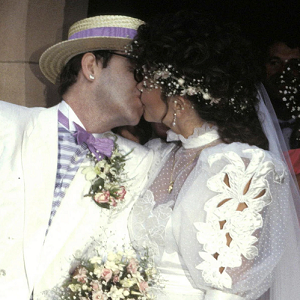 [Blind Gossip] Several decades ago, Elton John was married to a woman.

Although they have supposedly only seen each other once in the past 30+ years, she is now suing him!

Renate Blauel filed the legal paperwork last week in England and is now seeking an injunction against Elton John.

The point of a high court injunction is to keep the legal proceedings quiet.

Elton John tried that same high court injunction tactic a few years ago when he was being sued in a very salacious legal matter. However, both his identity and the details of the case eventually leaked out (see Don’t Talk About The Three Of Us for details).

We do not know which attorney Elton John will be using to defend himself (e.g. divorce attorney, business attorney, real estate attorney), so we do not have any insight yet as to the nature of the lawsuit.

They made such a cute couple! 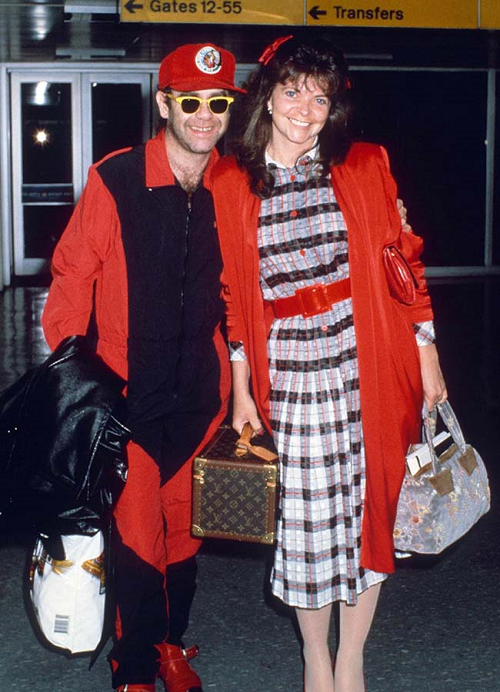 After they broke up, Elton John expressed a lot of remorse.

I’d broken the heart of someone I loved and who loved me unconditionally, someone I couldn’t fault in any way. Despite all the pain, there was no acrimony involved at all. For years afterwards, whenever something happened to me, the press would turn up on her doorstep, looking for her to dish the dirt, and she never, ever has: she told them to leave her alone.

After the divorce, Elton John announced that he was gay. He went on to marry David Furnish. They have two adorable sons together. 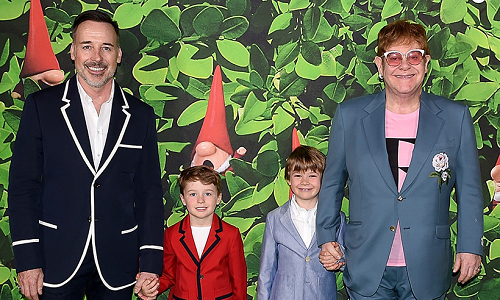 Since so many decades have passed since John’s divorce from Blauel – and so little contact has occurred – it is definitely intriguing that she would now file a lawsuit against him.

Blauel also had to know that seeking a high court injunction would pique the interest of the media!

Your task is to guess why she is suing him.

Similar: Don’t Talk About The Three Of Us

What is the lawsuit about?