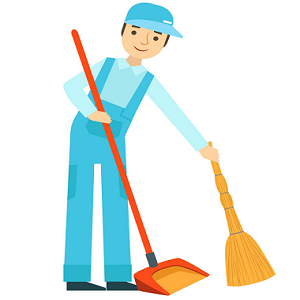 [Blind Gossip] When this married music couple broke up years ago, they worked really hard to deny the rumors that there was a third party involved.

Even though there was.

The husband was definitely involved in a long-term affair.

Not with another women. With a man.

Both Husband and Wife tried their best to get Third Party – who is also a male singer – to shut up.

Look, the affair was five years long. There were a lot of people who knew!

However, when the affair was eventually leaked by several sources – including a fourth singer – Husband took out his anger on Third Party.

Here is what Third Party said about that.

When I last spoke to [Husband], he told me he wished I was de*d, that he would k*ll me, that I am like c*ncer, that he just can’t get rid of me.

Oh? And what is that?

He hates the fact that he can’t rely on me to lie for him, to back up the endless lies he’s told [His Wife]…

Husband told everybody a lot of lies over the years.

Well, I’m sorry, him wanting to murder me because HE is a liar?

My side of the street is not only clean, it is fukkin SPARKLING clean!!

Third Party kept Husband’s secrets as best as he could for years, but he is angry that Husband tried to place all the blame on him.

I’m actually very angry with [Husband]. I need to write about the whole thing. The truth about what happened is shocking to the extreme… Ugh, I don’t like being burdened with the filth of secrets and lies.

Husband and Wife divorced. Both have since moved on to other relationships.

Third Party has had a really interesting career, love life, and gender-bending existence. If he wrote a book… we would definitely buy it!

[Optional] Do you think Wife really had no idea that Husband was bisexual?