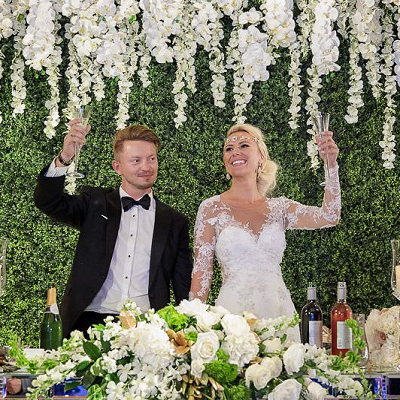 [Blind Gossip] Yes, she was invited to the big celebrity wedding.

She had known Bride for decades and was excited about being part of her special day.

Then she started getting uneasy about the event.

I don’t know if I would call her paranoid but she has gotten really suspicious about people’s motives. She can’t even trust her own family anymore.

What changed her mind about the wedding?

She thought she was going to be a regular wedding guest and just have a good time and cut loose.

What she didn’t expect was to be asked to sign a release and get filmed. Plus she didn’t want her first musical performance in a while to be for someone else’s benefit.

She wants total control over her image now and she wasn’t sure if she was getting used by [Bride] for publicity so she just decided to make an excuse and avoid it.

Our Singer is not as innocent as she used to be. She is standing up for herself and saying “No.”

It’s great that she feels free to do that now!

It will be interesting to see if the Bride whose wedding she skipped attends Our Singer’s own wedding when the time comes.

Similar: Engagement Is A Head Scratcher

[Optional] Do you think Bride was using Singer? Will Bride attend Singer’s wedding?