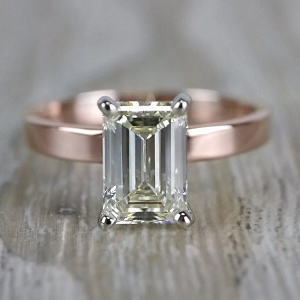 [Blind Gossip] While news of marriage proposal is usually a happy event, this recent engagement is a bit of a head scratcher!

She is a beautiful and successful young actress.

The general consensus in the industry is that she is very, very ambitious, but a nice person and easy to work with.

That ambition may be what led her to “date” more than one famous actor. She received lots of publicity for dating these young stars.

She is now engaged to be married, although not to an actor.

Her new fiance is in the business – perhaps thanks to two famous parents – but he is a bit of an odd choice for her.

His dating history includes several famous actresses. He does not have a good reputation.

I have known him for years but I have nothing good to say about him. He is a disgusting pig. Not only is he the most vulgar and misogynistic person I’ve ever met, he has cheated on every girlfriend he’s ever had.

We do know that his last girlfriend – a beautiful actress who achieved fame in a very popular fantasy drama series – dumped him last year when she found out he was cheating on her.

It’s hard to know what our young actress sees in him.

He is not her match in looks.

And he definitely does not have a history of fidelity or of treating women well.

They have not been together that long. Perhaps our actress is blind to his past?

She has the engagement ring now… but it will be interesting to see if they actually make it to a wedding!

[Optional] What do you think of this relationship/engagement? 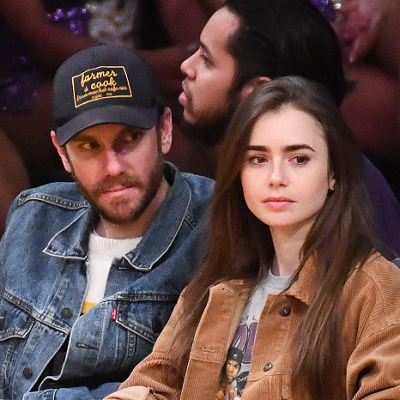 Well, they made it down the aisle!

Lily Collins and Charlie McDowell got married in Colorado over the weekend.

The couple tied the knot over the weekend in Colorado, according to a post on Collins’ Instagram page.

“I’ve never wanted to be someone’s someone more than I do yours, and now I get to be your wife. On September 4th, 2021 we officially became each other’s forever. I love you beyond,” she wrote alongside a snap of them kissing. 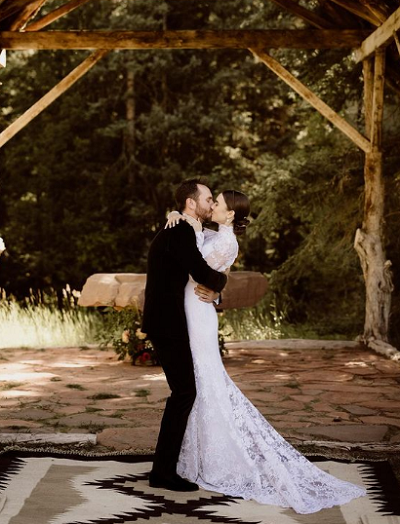 McDowell, a writer and director, also posted a photo with his beautiful bride writing on his Instagram page, “I married the most generous, thoughtful, and beautiful person I’ve ever known. I love you @lilyjcollins.”

Collins currently stars as Emily Cooper on Netflix’s popular series “Emily in Paris” about a 20-something from Chicago, who lands a job at a marketing firm in Paris. The series follows her career and love life as she tries to assimilate to Parisian love. 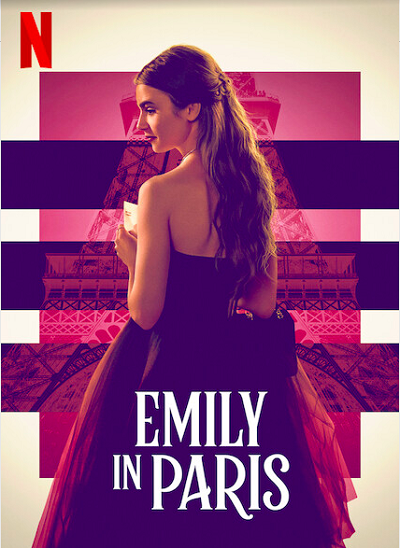 Both the bride and the groom come from famous families.

Charlie McDowell is the son of actors Malcolm McDowell and Mary Steenburgen. They divorced many years ago.

Here is an old photo of Malcolm McDowell and Mary Steenburgen: 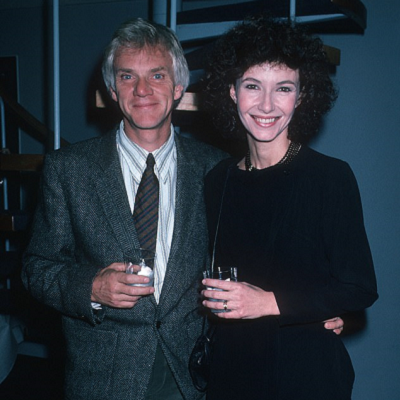 We think that Malcolm McDowell is on his third wife and Mary Steenburgen is on her second husband (Ted Danson).

Here is a photo of Charlie McDowell with his mom. 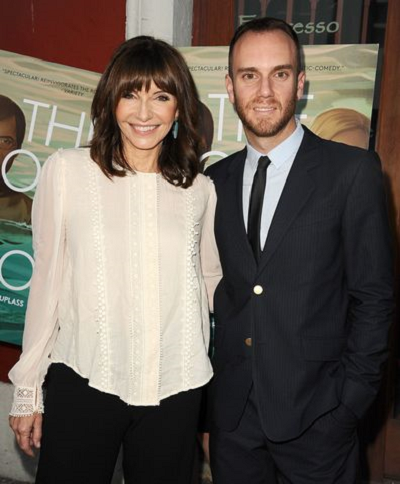 Actress Lily Collins is the daughter of Genesis drummer and singer Phil Collins.

Phil Collins is divorced from his third wife. That last divorce, from Orianne Cevey, was especially messy. She got $46 million from him in the divorce. 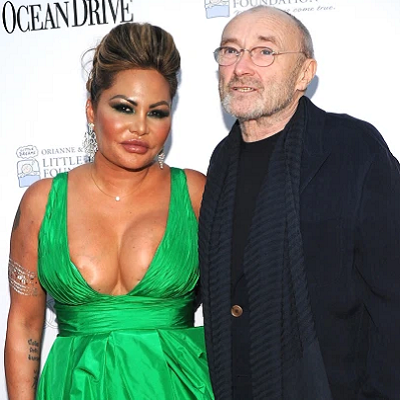 Someone needs to get that woman cast on a Real Housewives show.

Here a photo of Lily Collins with her father Phil: 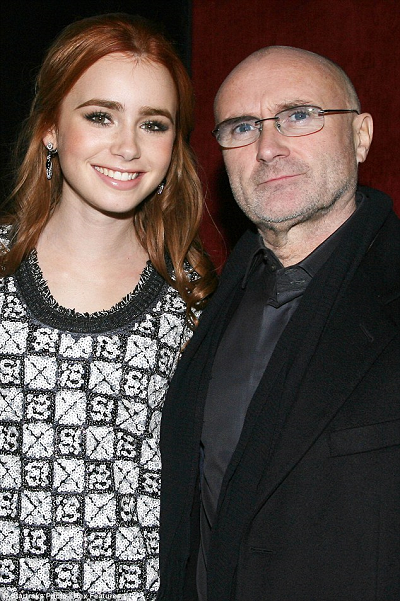 We’re sure that there are more than a few raised eyebrows in Hollywood right now about this marriage.

Lily Collins has been known to date – or “date” – people in the past for publicity reasons. Some of her past boyfriends include Jamie Campbell Bower, Chord Overstreet, Zac Efron and Taylor Lautner.

Here she is with Zac Efron: 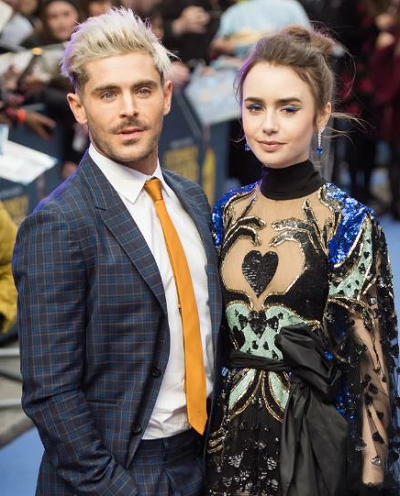 Given Collins’ propensity for publicity, some hoped that her engagement to McDowell was just a publicity stunt to promote her new Netflix series.

In case you are curious about Charlie McDowell’s writing, here is a sample of a series of tweets he made about a project he was working on about two women who lived in the apartment above him. The project was called Girls Above Me.

If you think these tweets are funny, you will probably think that Charlie McDowell is a great guy.

Some of Charlie’s past girlfriends include Kristin Chenoweth, Rooney Mara and Emilia Clarke.

Here is McDowell with Emilia Clarke: 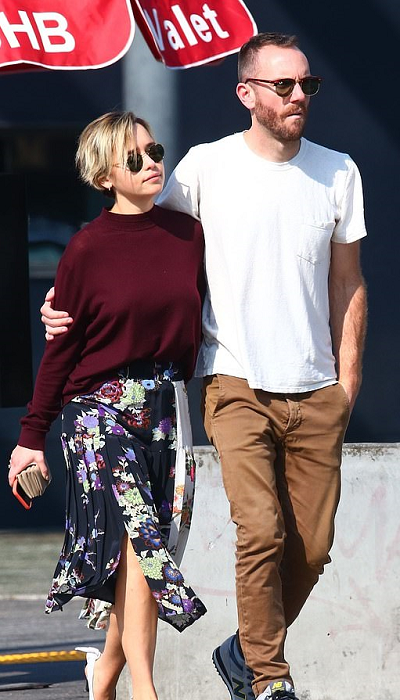 Charlie McDowell does not have the best reputation in Hollywood. The words we hear most frequently used to describe Charlie are “vulgar”, “misogynist”, “pig” and “cheater.” He seems to enjoy calling women b*tches and sl*ts and talking about r*pe and vaginas and d*cks and women having eating disorders.

Anyway, Lily Collins – who has admitted to an eating disorder – clearly thinks that this is the man for her.

By the way, Lily Collins has a very good reputation in Hollywood.

Perhaps this is a case of opposites attract?

Good luck to her!

Congratulations to Snoopalicious for being first with the correct response!