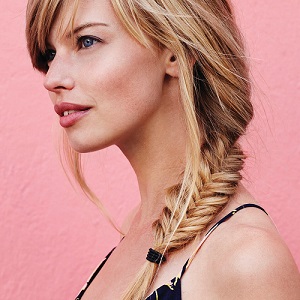 [Blind Gossip] She was a star on one of the biggest TV series ever.

She has had an interesting dating history, including whispers of how close she was to one of her troubled male costars.

However, we’re going to tell you why she broke up with her last boyfriend.

He is the son of two Hollywood actors, and has a career of his own as a director.

They broke up earlier this year.

He cheated on her.

And she did not appreciate his sense of humor.

He is incredibly vulgar and immature. He likes to talk about women’s vaginas and tell r*pe jokes. He thinks it’s funny.

That is quite a contrast to our actress, who has frequently made statements about women’s empowerment and how her role on the show made her even more of a feminist.

Although the couple only dated for a few months, we can’t believe they lasted even that long!

[Optional] If a man made those kinds of comments to you, would you think him vulgar or funny?