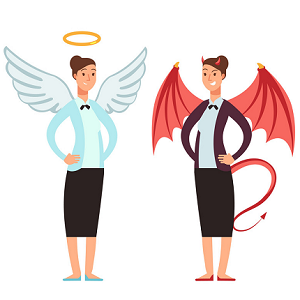 [Blind Gossip] Some people think that this actress and her high-profile husband planned their current living situation from the beginning.

Well, we have some insight into how all of this actually went down!

Basically the plan started out as one thing… but was twisted into something very, very different over the course of less than two years.

The reason he proposed so fast was because he finally found someone who wanted exactly the same life that he wanted.

When did this revelation occur?

When they were on holiday in [A]. He told her that he did not want the highly scheduled and ceremonial life that was expected of him in [Country E].

What did he want?

Well, he has always loved A. What was her reaction?

She told him that after spending time in [A] with him, she had grown to love it as much as he did. She said it would be a dream for her to give up her career and move to [A] with him and spend their lives together in [A] and then come back to [E] to be with his friends and family.

Absolutely! None of his past girlfriends wanted to move to [A]. He was chuffed to have finally found someone who understood him and wanted exactly the same life. She was perfect.

So he proposed and they got married and had a baby.

However, the plan evaporated. They never moved to A. And they left E.

She told him that she still loved [A] but she had a lot of health and safety concerns about raising their child there. She also told him that his family in [E] made her very uncomfortable and that she feared their child would also be made to feel unwelcome and uncomfortable in that environment. She cried. He found that very distressing. He felt like she had sacrificed so much to be with him.

Which of them came up with the plan to move to C and then U?

I don’t know. He got into several rows with his family and his friends, made all sorts of ridiculous accusations, and then stopped communicating.

Our TV Actress told him she wanted to give up her career… move to A and E with him… fully embrace his family and friends… and spend their days doing charity work.

Instead, they moved to C and U… ditched his family and friends… revived her career… and are now involved in all sorts of money-making schemes.

Huh. That is the exact OPPOSITE of the agreed-upon plan!

Did she change her mind after they were married? Or did she plan to pull this little switcheroo from the beginning?

She couldn’t be that cruel. Or selfish. Or manipulative.

Similar: We Are Exceptional People

[Optional] Changed her mind… or switcheroo? Do you think her husband is happy with his new life?