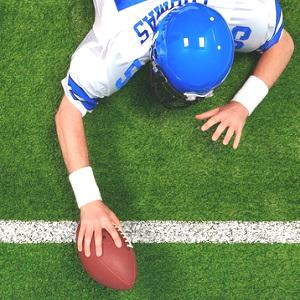 A professional athlete is suing United Airlines for assault and sexual harassment.

The anonymous NFL player claims that he was on a red-eye flight to Newark, New Jersey when a female passenger assaulted him.

Here is the front page of the complaint: 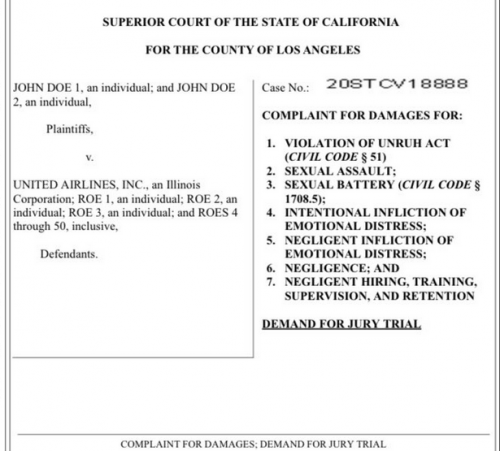 The women was allegedly “grabbing and groping his quads and then stroking her hand across his lap towards the inside of his leg near his gen*tals.”

The player claims to have asked flight attendants for help at least four times as the woman’s advances intensified, but they failed to take action.

The woman was not moved to another seat until her actions escalated to the point where she ripped of his face mask and grabbed his privates.

Sexual harassment and assault cases usually involve a man harassing a woman. While assault is assault – and should certainly be taken seriously regardless of who assaulted whom – the gender and profession of the victim in this case provides a fascinating “dog bites man” twist.

It is unclear if the NFL player knew the woman. The suit alleges that the woman was drunk and taking prescription pills. How did the NFL player know that? He certainly could have witnessed her drinking, but did he see her taking pills?

Anyway, it’s scary enough to fly nowadays without worrying about other passengers harassing you and assaulting you and ripping off your mask.

It will be interesting to see how this all plays out!

[Optional] If you were the NFL player, would you have filed a law suit against the airline? Why or why not?