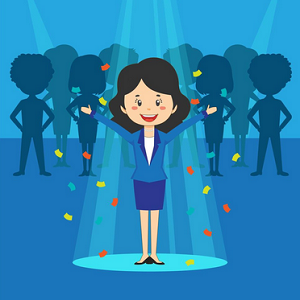 [Blind Gossip] There is a reason that most women would not even think of wearing white to a wedding in which they were not the bride.

It would be considered extremely narcissistic and ill-mannered to steal the bride’s spotlight by wearing a competing white outfit.

Women also seem to know that when a friend or relative shares an accomplishment or a reason for celebration, your role is to support them, not compete with them.

To make yourself the center of attention would be both selfish and in incredibly bad taste.

Most women understand these rules implicitly.

There is one TV actress, however, who does not seem to think that the rules applies to her!

When another celebrity recently celebrated a major life event, our actress deliberately did two things.

She is the one who arranged for the paparazzi to be there as she was arriving.

So it was more than a lucky coincidence that a photographer was lying in wait for her at a restaurant that is not even located in Los Angeles.

She knew that her picture would get more coverage the next day than [her friend’s] photo.

My, how thoughtful of her.

She deliberately dressed in a way that would cause people to speculate about her own condition.

You know, for someone who claims to be so private and so supportive, she certainly does have a talent for making everything about her!

It’s all about her. Every occasion. Every time.

We’re starting to see that pattern emerge. In this case, it sounds like our actress played the part of a supportive background player… but her real goal was to bring attention to herself.

Similar: Me Me Me Illness

[Optional] Can you think of another occasion at which our actress stole the spotlight? Please use people’s real names and keep your comments civil.