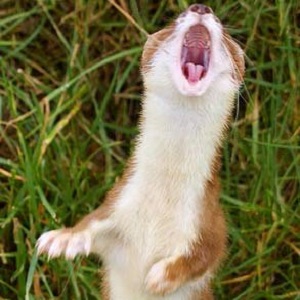 [Blind Gossip] Here is an interesting story about a famous performer who screwed over a whole bunch of people in the music industry!

She was the female star of a TV show that had a musical component. Because The Star and the show were so popular, songwriters, music producers, music publishers, managers, etc. were always clamoring to get their songs featured.

The last season of the show did not go well.

You see, there were almost a dozen songs that were supposed to be recorded for the final season of the show… but The Star refused to record them.

This should not have been an option. The contracts were already signed. For many of the songwriters, this was going to be their big break.

On the days she was scheduled to show up at the studio to record them, though, The Star simply stayed home.

It wasn’t because she was ill or because the songs were bad.

It was because she was bored with the show and her character. She was “over it.”

Well, dozens of different people started panicking! They called her management and the show runner and the studio that made the show and remind them that they had a contract and that the star was legally obligated to record their songs for the show.

We literally got into screaming matches with them over the songs.

Everyone was pleading and arguing and threatening each other with lawsuits.

The Star still refused to record the songs.

We tried to explain to her that this decision was going to hurt dozens of songwriters, managers, agents, and music publishers associated with the songs. She said she didn’t care.

Her management didn’t care either. Furthermore, they cited her popularity as the reason that she would never have to do anything she didn’t want to do!

Her management said, “She’s not doing it so get over it. She’s one of the biggest stars on the planet. Do you really want to be known as the [songwriter/music producer/whatever] who sued [The Star]?”

The TV show writers, producers, and directors had to go in and rewrite, re-shoot, and re-cut the final shows to exclude all of those songs that had been cut and fill the air time with dialogue instead.

The songwriters and music producers and managers who had contracts walked away without their songs ever making it to air.

Nobody sued the Star. But they will never forget that time that The Star weaseled out of her contractual obligations and how unprofessionally The Star and her management team behaved. They despise her for it.

Wonder if The Star has a weasel tattoo to commemorate escaping all those lawsuits?

Similar: The Self Conscious Singer

[Optional] If you were one of those songwriters/music producers/ managers/agents/publishers, what would you have done?