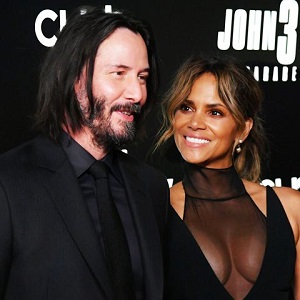 [Blind Gossip] Last week, actress Halle Berry was a guest on The Late Late Show with James Corden. She was there to promote the new movie John Wick 3, in which she stars with Keanu Reeves.

Corden sometimes plays a little game with his guests where they have to  choose between answering a difficult personal question or eating some food that is completely disgusting, like beetle nachos or an actual bird’s eye.

James Corden asked Halle Berry to name the one actor she would never work with again.

Well, instead of giving him a specific name, Berry chose to describe two actors whom she refuses to work with ever again.

The first actor used to be famous, “but not so much anymore.” Berry added, “He went to jail.”

The second actor is “super-duper famous” but “not too tall.”

Because she would not actually name the men, Berry then had to take a bite of “turkey balls.”

No, we’re not talking about delicious meatballs made out of ground turkey. We’re talking turkey private parts.

[Optional] What is the most disgusting or unusual food you have ever eaten?