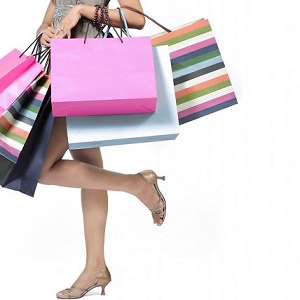 [Blind Gossip] If you are out taking advantage of those post-Christmas sales and you happen to run into this TV actress shopping up a storm, you might be jealous of the sheer volume of her purchases.

We’ve talked about her financial woes before.

You see, although she grew up in a giant house with every imaginable luxury, she has done a really poor job managing her money as an adult.

She would earn some money and then spend it as soon as she got it.

She would run up sky-high credit card debt and find herself unable to pay it down.

There seems to be some compulsive behavior behind it all.

She shops compulsively. She could have ten of something, but if she sees it in a store, she has to buy another one. A lot of the time she justifies it by saying it’s for someone else (like her kids) even though they don’t want it or need it.

What happens to all that stuff?

They have moved a few times in the past few years. They have several storage facilities where they put all their stuff. A lot of things in there are brand new and have never been used.

Her mother has bailed her out several times, but she may be taking a new approach.

She’s going to ask [Daughter] to go into therapy. Not credit counseling therapy, but psychological therapy.

Supposedly, it’s not because Mom can’t afford to bail Daughter out of her financial mess. It’s because she recognizes that the core of the problem might not actually be money!

[Optional] Why do you think the Daughter behaves this way?