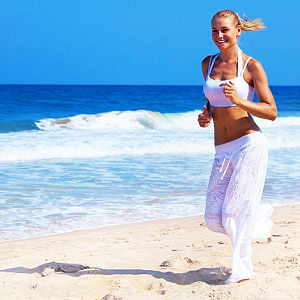 [Blind Gossip] This actor has been getting an earful from his pretty wife about a perceived career slight.

She is an actor, too, although he is ten times more famous than her.

She found out that they were casting a commercial promoting tourism in the country in which they live.

Basically, they were looking for celebrities to try to lure tourists to come visit their country.

She thought she would be a natural fit for the commercial. She saw herself getting filmed at the beach. Something to show off how fit she is and how the country is a great place for those who like an active, outdoors life.

It turns out that the sponsors wanted her husband… but they didn’t want her!

Why not? She is very attractive and would be happy to sing the country’s praises! However, as we mentioned, he is the bigger star. He was also born there. She is an import.

Long story short, the wife was so mad about being excluded… that the husband thought it best to turn down the commercial, too!

[Optional] You’re one of the sponsors. What would you have done?