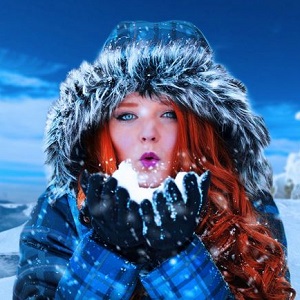 [Blind Gossip] We previously told you about the famous actress who is in a lavender marriage with a male celebrity.

Some of you speculated that it might be a double bearding situation, or that she might be a cold or prudish when it came to relationships with men.

Well, we have a little story to tell you!

Years ago, before her first marriage to a certain movie star, she did a film with an actor from the same country where she grew up. They began dating.

That actor lived in an upstairs unit.

They lived in the unit directly above me in [year redacted]. Nice people but VERY noisy at night when they were in bed! She was a shouter and a screamer. I don’t think they realized exactly how loud they were, but it made it hard to keep a straight face when I saw them out and about the next day!

Sounds like he knocked the snow right off of our ice queen!

So, if you thought that our actress might be in her current marriage because she is gay or prudish…

[Optional] Does this surprise you?