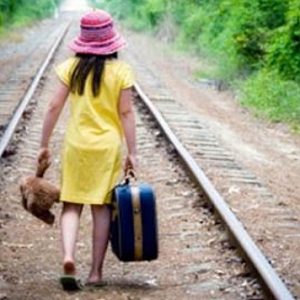 [Blind Gossip] This single actress felt the heat when people accused her of having an affair with her costar.

Since the actor is much more famous, married, and father, more of the scrutiny was placed on his bad judgement.

However, Actress is worried about how people see her now and the impact on her career.

Her publicists have basically told her to be quiet, keep her head down, and simply keep working.

According to other publicists we’ve chatted with, that is the smart strategy.

She simply doesn’t have the fame or the fan base to justify any big statements or any big moves. It would seem desperate, defensive, and be a total overkill. Plus [The Actor’s] fans and [His Wife’s] fans would probably attack her and blame her for being a homewrecker.

Her publicists are advising her correctly. She should not exacerbate the problem by being overly defensive or by going on the offensive.

Although this may be good advice, it has proved very frustrating for our Actress.

People were saying that she ran away like a coward because [Actor’s Wife] was coming to the set.

Well, it would have been awkward to be there when Wife showed up. Was she, in fact, dodging her?

No! She is working on two projects right now and had to leave one for a couple of days to work on the other. She would definitely not have gotten into any sort of confrontation with [Actor’s Wife]… but she was not running away either!

Every move Actress makes right now is under scrutiny, so it’s easy to understand her frustration with having to hear the criticism but not react.

Let’s hope her publicists continue to give her good advice about coping with this awkward and unfortunate situation!

Similar: Actress Is Having An Affair

[Optional] What do you think will happen to Actress’ career?