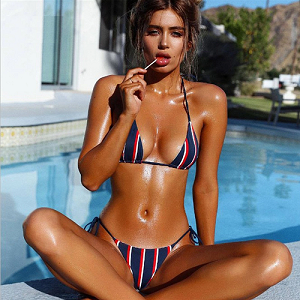 She specializes in American movies.

If you are a handsome young actor about to split with your volatile pop star wife… Rebound Girl is on vacation with you practically before you even announce your split!

If you are a middle-age actor about to divorce your singing wife… Rebound Girl is there on your arm five minutes later, supporting you throughout your difficult separation!

If you are an pensive young actor coming off of a yearlong relationship with the daughter of another famous actor… Rebound Girl is there with her bikini and her tongue to assure you and the world that you are still desirable!

You might think that this must simply be an incredible coincidence.

She knows that actors are closely followed by the media right after a breakup. She keeps track of which relationships are in trouble and gets in there before the split is announced and when the guys are most vulnerable. She is very smart and strategic about it.

So she’s not a rebound girl by accident. She’s actually prowling around on the sidelines, waiting for your relationship to go amiss!

There’s only one glitch, though.

The actors figure out pretty quick that she is the one calling the paparazzi to let them know where they are and to get those “exclusive” photos. That’s why the relationships never last for more than a few months.

If she wants to permanently hook one of these men, it sounds like Rebound Girl is going to have to do a little more work on her strategy!

Similar: It’s All Over But The Announcement

[Optional] Do you think she will eventually marry a famous actor?