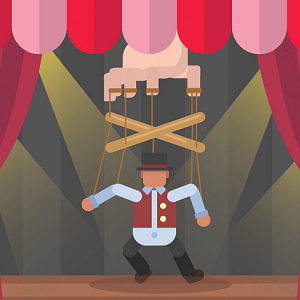 [Blind Gossip] This man lost his high-paying, high-profile job after it was discovered that he was not practicing what he was preaching.

Like many celebrities before him, he is desperate to find a way back to the top.

What is he going to do?

He needs to blame something other than himself. Some medical condition maybe coupled with some sort of addiction. Maybe a stint in rehab.

Does he really have any issues that would warrant rehab?

No, of course not! But he is a good liar and a talker and he can fake it. People will look like assh*les if they try to mock him for a “medical” issue or a “substance” issue. What are they going to do, call him a liar?

Well, he would be lying.

That is a small thing compared to him losing his livelihood and his reputation.

He really needs people to support him and wish him well and publicly root for his “recovery.” Some of them have had their own issues in the past, so they will look cold if they turn their backs on him. Once he has their support, he can work his way back in with them and save himself.

Does he need thousands of people to support him for this to work?

Actually, he just needs [Pop Star and his wife]. He’s been trying to contact them privately to get their support. If they support him, everyone else will follow.

He’s been like a father to [Pop Star] and helped him with his own issues so he knows what strings to pull with them. Basically, he saved [Pop Star], so [Pop Star] now needs to save him.

Sneaky! Let’s see if it works.

Similar: The Gift Of Forgiveness

[Optional] Do you think Pop Star will fall for this? Why or why not?