[Blind Gossip] They are not getting married.

They are not planning a wedding.

They are not engaged.

In fact, they are not even dating anymore!

Why even bother with the photo ops? Well, it helps publicize their projects. Remember that in the celebrity world, 1+1=3. Two celebrities dating each other attract more attention than two individual celebrities alone. More attention = more publicity. More publicity = more money.

But it’s all over. The flame of passion has died. Public appearances notwithstanding, this young celebrity couple is done.

The truth is that he signed up for a relationship with a famous, All-American kind of girl, and she turned into an hyper-sexual urban wannabe. Not exactly wifey material.

The announcement will probably be made on a Friday within the next eight weeks, and will be vague and friendly (“Too busy to give our relationship the attention it deserves. We remain the best of friends, etc.”).

It’s not a total loss.

Dating her gave him a big boost up in the celebrity world.

Dating him made her more interesting and relevant. 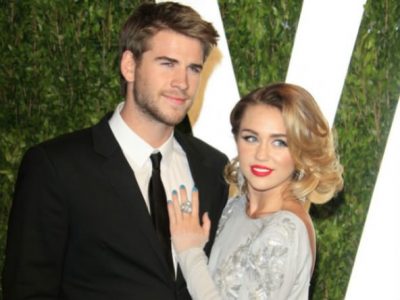 Your friends at Blind Gossip pretty much told you the entire story five weeks ago. We told you that the announcement would happen within eight weeks.

It only took five. That was not purposeful!

They were supposed to make a joint announcement, but the two sides started fighting and the plan went by the wayside.

The plan was for Miley to go to Liam’s premiere, and for the couple to continue to pretend to date until Miley’s album release on October 8th.

The announcement of the breakup at the same time the album was released would spur album sales.

Yes, this is how publicists think.

Miley held up her end of the bargain by attending Liam’s Paranoia premiere with him. 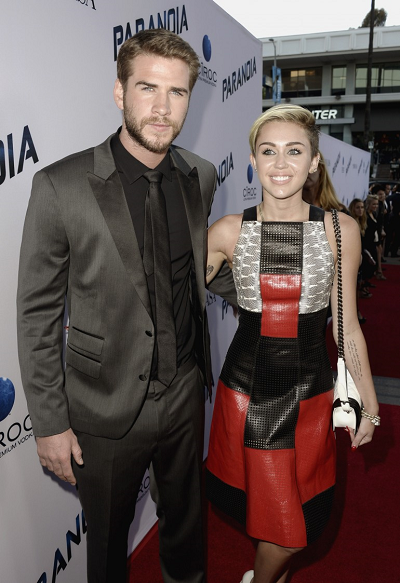 But going to the Paranoia premiere with Miley was torturous for Liam! He just wanted to get the announcement over with. The arguments got nastier, and both of them started acting out.

Liam had already started casually seeing other women, and he was sick of Miley stalling. So he allowed himself to be photographed with a beautiful actress in Las Vegas a few days ago.

Miley was absolutely furious that Liam would be so indiscreet before the announcement was made! She unfollowed Liam on Twitter.

So, instead of a nice publicist-controlled civil breakup announcement, we got this public mess. Here is one report:

It has been reported that Liam Hemsworth and his fiancee Miley Cyrus have decided to take a break from their relationship.

And it seems that The Hunger Games actor may have already moved on.

The 23-year-old Australian star was seen getting very close to a woman thought to be 23-year-old Mexican actress Eiza Gonzalez, as he partied at VIP club Bungalow in Las Vegas on Saturday night.

Eiza González Reyna is a Mexican actress and singer, and daughter of former model Glenda Reyna.

She came to prominence at the age of 16 with her portrayal of Lola the title character of the adolescent targeted Mexican telenovela, Lola…Érase una vez (Lola…Once Upon A Time).

She has since gone on to star in five Spanish television series and two movies and is now a huge star in her native Mexico.

The spicy star is also single too, after announcing that she broke up with her boyfriend of two years, Mexican entrepreneur Pepe Díaz, last month in August on her Twitter account.

According to a report in People Magazine – Latina, Diaz was rumoured to have cheated on the stunning star.

Liam’s trip to Vegas comes amid reports that he and his fiancee Miley have decided to take a break.

The pair, who have had a tempestuous relationship over the past few years, are said to have decided to postpone their wedding while they see if they are better off apart.

News of a split between Miley and Liam comes after the singer, 20, revealed in an interview with Harper’s Bazaar magazine that she ‘doesn’t have time’ to plan a wedding.

She said: ‘I definitely don’t have time to deal with a wedding right now. But I will at some point.’

Miley added that her recent outrageous behaviour, which has included a now infamous performance at the MTV VMA awards, and going naked in the Wrecking Ball video, is her enjoying a bout of immaturity.

She said: ‘I was an adult when I was supposed to be a kid. So now I’m an adult and I’m acting like a kid.’ 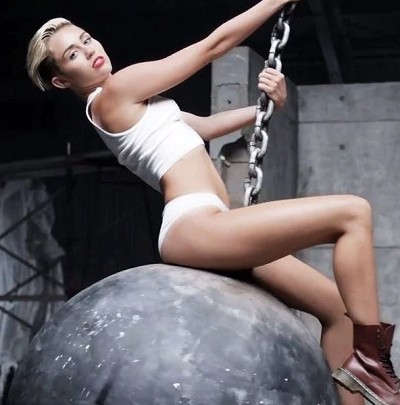 By the way, Liam is not the only one who is already dating! Miley is dating someone else, too. She just hasn’t gone public about it. Her new beau is in the music business.

Did you catch the “fire” clue? That clue was in reference to Liam starring in the next film in The Hunger Games series, Catching Fire. 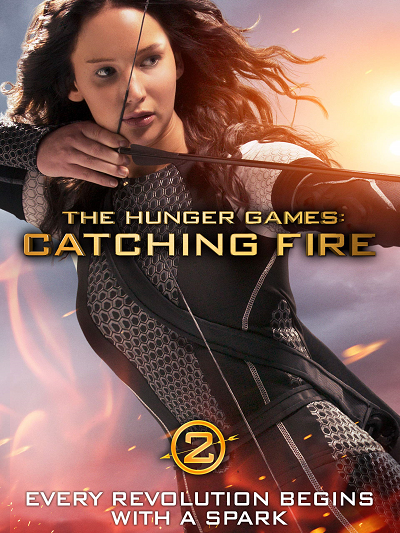 Congratulations to SRzwg for being the first to correctly guess the couple! Kudos to FancyPants16 for picking up on the Catching Fire clue!

It’s officially over: Reps for both Miley Cyrus and Liam Hemsworth confirm to PEOPLE exclusively that the engagement is off between the two stars.

The news marks the end of a tumultuous year in which Cyrus, 20, and Hemsworth, 23, have experienced more break-ups than bonding moments.

The couple – who first met on the movie set of 2010’s The Last Song – got engaged in May 2012. At the time, the singer told PEOPLE, “I’m so happy to be engaged and look forward to a life of happiness with Liam.”

But earlier this year, the pair decided to postpone their wedding.

Cyrus was subsequently seen out without her 3.5-carat Neil Lane engagement ring but soon it was back on her hand and the couple were reunited in July in Canada, where Hemsworth was shooting his new movie Cut Bank, and on the red carpet for his movie Paranoia in August.

Since then the couple seem to have been living separate lives as the “Wrecking Ball” singer continues to plug her album Bangerz and Hemsworth prepares to promote Catching Fire.