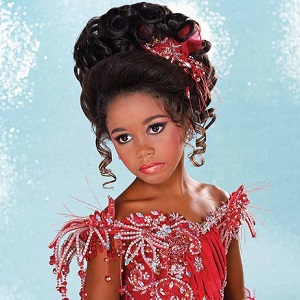 [Blind Gossip] There was actually some considerable jealousy when this female member of a reality family was declared “The Most Beautiful” Whatever.

It wasn’t just because the “Winner” had a considerable amount of plastic surgery to make her look that way.

It was because a second reality family didn’t think of it first!

The [Second Family] now want TWO members of their family to be named “The Most Beautiful.” One of the adults and one of the children. They are looking for an “independent” source to make the announcement. Of course there will be nothing independent about it. It will be all paid for.

It will be interesting to see who they pick as well as who they will get to make the phony proclamation.

[Optional] Who is the most beautiful out of all the members of both families?