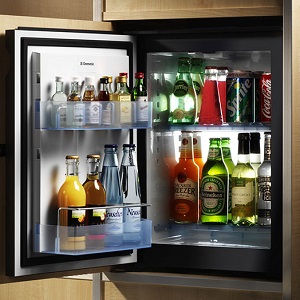 [Blind Gossip] This TV and movie actor has had an ongoing problem with alcohol over the years.

He says he is sober right now. Maybe not.

His wife forgot to tell the hotel in advance to remove all alcohol from the room. She called after they had checked into the room, but it was too late. He already had a bottle open and warned the staff person not to touch anything and to get out. His wife looked upset.

He has several work commitments coming up, so if he is on a bender, it’s certainly ill-timed.

[Optional] What was the most outrageously-priced item you ever found in a hotel mini bar? Did you buy it?