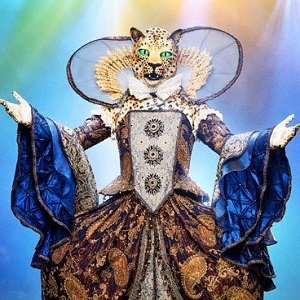 [Blind Gossip] When this famous couple took a recent trip, much ado was made over a walk the husband took.

It was heralded as an emotional moment for him, as he was following in the footsteps of a relative who had walked the same path many years before.

Afterword, he blah blah blahed about his feelings.

First of all, he apparently thinks you forgot that he did this exact same photo op several years ago! Yet, for some odd reason, this time is the one that is causing him anguish?

Second of all, the outfit and mask he wore were not really unnecessary. They were simply props to make the photos more directly comparable.

Third of all, guess who was supposed to be walking the same path… in the same mask?

We don’t know if it was supposed to be just her, or her with her husband.

It was pitched as the ultimate passing-of-the-torch moment.

The expectation was that she would comfort him and the the hearts of the little people would melt and she would be seen as the next coming of a beloved figure.

Then, God save us all, someone came to their senses.

Someone on the team decided that having her do the walk would be too ham handed and perhaps create a backlash, so the plan was scrapped and he was scheduled to simply repeat the same walk he had already done years ago.

Given their long list of publicity blunders, that was probably the first good decision they have made in months.

[Optional] What is the worst publicity blunder the couple has made so far?